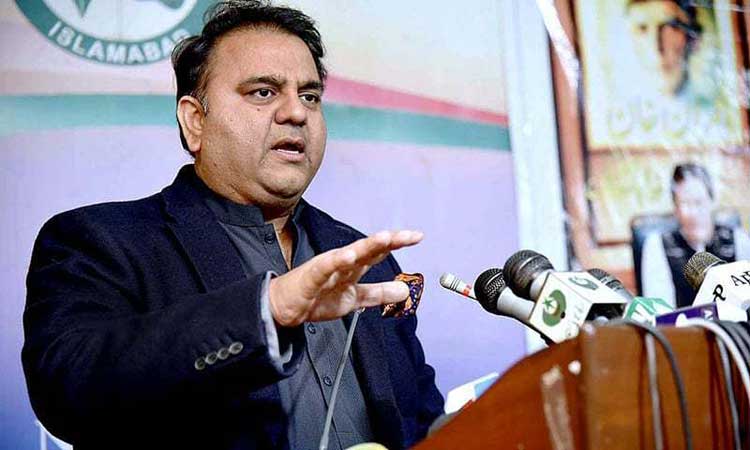 Addressing a press conference after attending a meeting of the federal cabinet, Fawad said there had been many such videos and this was not the first time. He said Maryam’s attitude had always been negative, adding that she and PML-N’s social media wing created fake leaks.

Fawad said perhaps Maryam Nawaz was also creating videos of her own party members to keep them under her control. He claimed an audio clip attributed to former chief justice of Pakistan Mian Saqib Nisar had been proven false. “All the people involved in these games are right before us,” he said. He appreciated a television news channel for releasing a video which exposed the Pakistan Muslim League-Nawaz’s (PML-N) ploy against judiciary. It was not the first time that the PML-N has released such video which solely aimed at pressurizing the judiciary, he added.

Whenever the courts took up cases against the Sharif family, such tactics were opted to pressurize the government and courts, he said, expressing the hope that judiciary would reject such pressure. “This issue should not stop here and those involved in this activity should be taken to task,” he added.

Speaking on the electronic voting machines (EVM), the minsiter said the next elections should be held through the EVMs. He said the government will follow whatever orders came from the court adding that a committee had been constituted on EVMs which will liaise with the Election Commission of Pakistan. The ministerial committee would finalize all the nitty-gritty on use of the EVMs in the next election such as cost, numbers of machines and others, he added.

The minister said it was imperative that next general election should be and would be held with help of EVMs at all the cost and 9 million overseas Pakistanis would exercise their right of franchise. To a query, the minister said the government had reached out to the opposition many a time and asked them to share their suggestions on the electoral reforms as it wanted consensus on the matter.

The entire nation, including government, opposition and public, had consensus on reforming the existing electoral system, he said. “We will provide whatever help the Election Commission needs from the government regarding the EVMs,” he said.

The minister said the PML-N should be thankful to the government as now Nawaz Sharif’s sons will also be allowed to vote in the next general elections. Chaudhry told reporters that the sugar price will fall down to Rs85 per kg in the next fortnight.

“Unfortunately, the prices of essential commodities in Karachi are much higher than in the rest of the country,” he said and added that the price of tomato, onion and garlic had come down.

He, however, added that the price of oil and electricity prices were rising.

“Flour prices in Karachi are higher compared to other cities of the country. Sugar is currently selling at Rs107 per kg in Karachi.