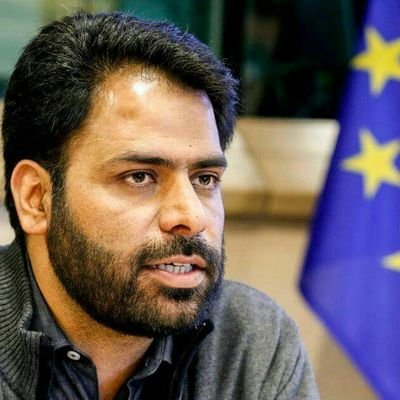 ISLAMABAD: Chairman Kashmir Institute of International Relations (KIIR) Altaf Hussain Wani on Tuesday took strong exception to the arrest of prominent Kashmiri human rights activist Khuram Pervaiz by India’s notorious National Investigation Agency (NIA).
Terming Pervaiz’s arrest as the latest flagrant violation of international law and basic human rights, the KIIR chief said, “KIIR strongly condemns the ongoing persecution and reprisals by the Indian occupation authorities against civil society and human rights defenders, who played key role in highlighting the rights situation in the region in the aftermath of 5th August 2019 when the valley was turned into an information black-hole for the outer world”.
Pervaiz, he said, has been one of those leading voices who refused to succumb under pressure tactics, risked their lives and tore into shreds India’s false and fabricated normalcy narrative on Kashmir by bringing to the fore the on-ground-realities in Kashmir.
The Indian occupation authorities, he said, have responded to the expression of dissent and the exercise of the rights to freedom of expression with arbitrary arrests, intimidation, and a campaign of misinformation aimed at discrediting the work of Kashmiri rights activists.
“Khuram Pervaiz is being victimized for his work and standing up for the rights of his own people, calling spade a spade and speaking truth to the power”, Wani said adding the he has been under fire over the role he played in exposing India’s dodgy and destructive role in Kashmir.
Expressing his serious concern about the safety and security of Pervaiz, the KIIR chief said that the recent raids on the residence and office of the high-profile rights activist (Parvez) and his subsequent arrest was part of the Indian government’s nefarious game plan to enable complete silence on Kashmir.
Demanding urgent release of Khuram Pervaiz and other rights activists he said that it was high time the world human rights watchdogs should take effective cognizance of his unjustified and unwarranted arrest and play their due role in his early release.