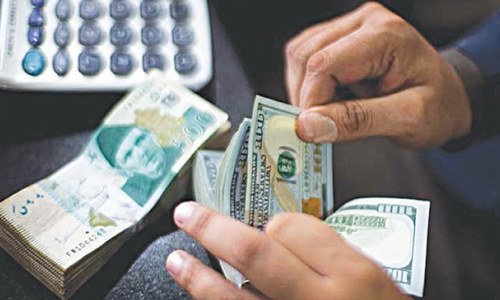 KARACHI: The Pakistani rupee registered gains against the United States (US) dollar in early trade in the interbank currency market on Tuesday.

According to foreign currency dealers, the dollar is trading at Rs174.30 after depreciating Rs0.47 against the local currency in the interbank market.

The dollar had closed at Rs174.77 against the rupee the other day.

The local unit snapped a losing streak on Monday after the International Monetary Fund (IMF) announced the resumption of the stalled $6 billion Extended Fund Facility (EFF).

It is relevant to mention here that Pakistan and the International Monetary Fund (IMF) have reached a staff-level agreement on revival of $6 billion Extended Fund Facility (EFF) that was suspended in April this year.

“The Pakistani authorities and IMF staff have reached a staff-level agreement on policies and reforms needed to complete the sixth review under the EFF,” read a statement issued by the Fund.