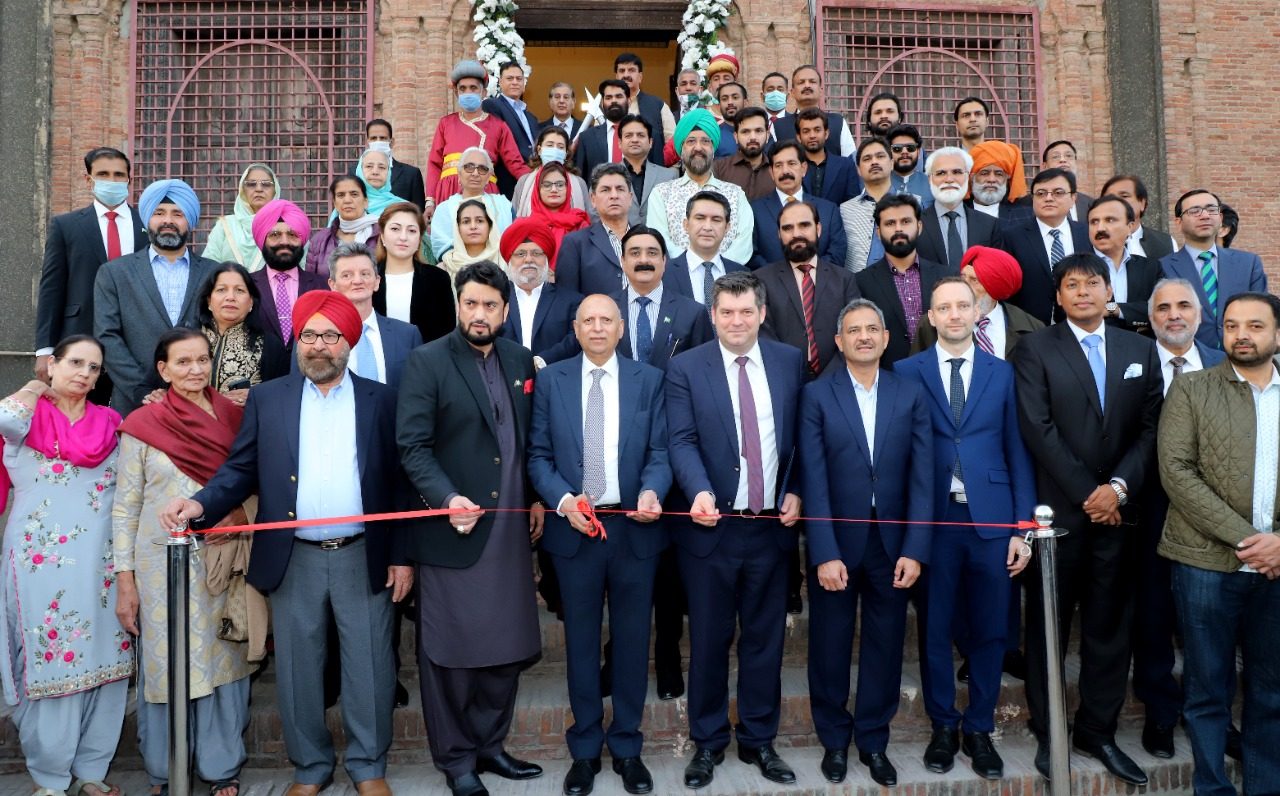 Governor Punjab also conferred the “Governor Award”, to the overseas Pakistanis from United States, United Kingdom, European countries, and representatives of the Sikh community and others in recognition of their outstanding achievements and services in various fields.

Sikh pilgrims also lauded the arrangements made for the exhibition and the other facilities provided for Sikh community in Pakistan.

On this occasion, Governor Punjab Chaudhry Mohammad Sarwar while appreciating the services of overseas Pakistanis for Pakistan’s economic development and public welfare, said that we welcome overseas Pakistanis and members of the Sikh community from all over the world and assure them that the Pakistani government is standing with them and hundred percent solution of their problems is the top priority of the government.

The government under the leadership of Prime Minister Imran Khan has also fulfilled its promise to give the right of vote to overseas Pakistanis.

While addressing the Inauguration ceremony of exhibition in Lahore Fort and later talking to media Governor Punjab said that I am happy to inaugurate this magnificent exhibition regarding Sikhs community today , dozens of Sikh pilgrims from other European countries, including the United States, are here for this exhibition and there is no doubt that the federal and provincial governments will always ensure the provision of all basic facilities including security to the Sikhs community members coming to Pakistan.

Chaudhry Mohammad Sarwar said that Alhamdulillah Pakistan has become the safest country in the world for the minorities and opening of Kartarpur Corridor for Sikhs in Pakistanis is indeed a historic step. Minorities in Pakistan are being ensured religious freedom as well as protection of their lives and property. Pakistan stands for peace in region. The sacrifices made by Pakistan for peace are unprecedented in the world.