Senators furious over SBP chief for missing a panel meeting 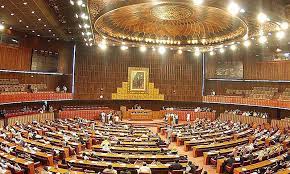 ISLAMABAD: The Senate Standing Committee on Finance and Revenues reacted angrily to Governor of the State Bank of Pakistan (SBP) Dr Reza Baqir’s absence from a panel meeting, tearing apart his letter and arguing that the panel could summon him by instructing the police chief to ensure his appearance before the committee.

The Senate panel held its meeting under the chairmanship of Senator Talha Mehmood at Parliament House on Thursday, during which it also rejected most of the provisions of Tax Laws (Third Amendment) Ordinance 2021.

“I possessed powers to summon him, so will talk to the police chief and direct him to arrest the SBP governor and present him before us,” Senator Talha Mehmood said angrily when he found that the SBP chief was absent from the panel meeting.

The SBP governor was called by the Senate panel to appear before it with reference to a complaint made by Iraq’s ambassador about hindrances in operating a dollar bank account. The chairman of the panel had torn apart a letter that Dr Baqir wrote to seek absence from the meeting. But that letter never reached Parliament and was shown to the committee by a director of the SBP only when the committee showed its extreme annoyance.

“When the ambassador of a country shows up, it means a foreign government has shown up and yet the governor did not have the heart to come and attend the meeting,” said PML-N’s Senator Dr Musaddiq Malik.

Senator Kamil Ali Agha, who belongs to the PML-Q, also strongly urged the committee chairman to move a privilege motion against the governor for his absence from the meeting.

The standing committee also directed the SBP to issue instructions to the concerned bank to accept dollar deposits from the Iraqi Embassy and resolve the issue within a couple of days.

Earlier, the Iraqi ambassador briefed the committee about the difficulties being faced while dealing with the bank. He stated that in Pakistan, the Iraqi Embassy is taking money in dollars and Pakistani Embassy in Iraq is also dealing in dollars on a reciprocal basis.

The Iraqi Embassy is providing all services, including visa services in dollars in Pakistan. He said that there are US$10 million deposited in the private bank for the last 10 years, while officials of the private banks stated that the embassies cannot keep dollars or any foreign currency in their accounts.

The request that the National Database and Registration Authority (Nadra) share data with the Federal Board of Revenue (FBR) for widening the tax base, estimating indicative income, and detecting potential tax evasion was approved during the meeting.