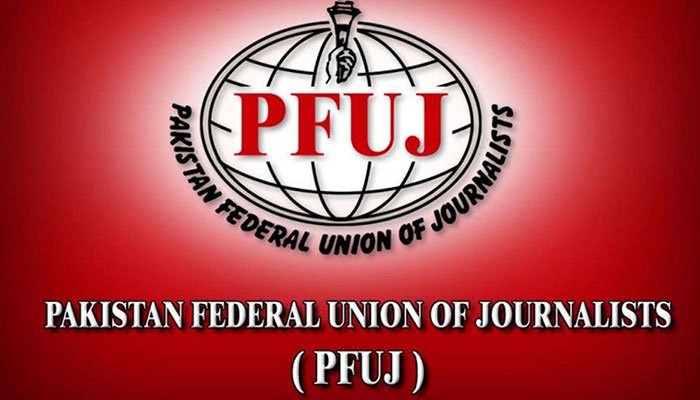 The Pakistan Federal Union of Journalists (PFUJ) has strongly condemned the tracking of journalists and Free and Fair Election Network (FAFEN) members by mysterious persons in different vehicles.

PFUJ President Shahzada Zulfiqar and Secretary-General Nasir Zaidi said, journalists working with different media houses do visit different organisations to gather information their harassment and chasing on the street is unacceptable and will not be tolerated.

The PFUJ leaders further added that the cabinet ministers have twisted the press conference of the expelled staffer of FAFEN to put down media professionals and staff of FAFEN.

“How could the press conference of a person be taken seriously who had been expelled due to misconduct?” they asked.

Moreover, the Pakistan Federal Union of Journalists leadership called for immediately stopping the third-grade policy adopted by the government ministers and officials for harassment of journalists.