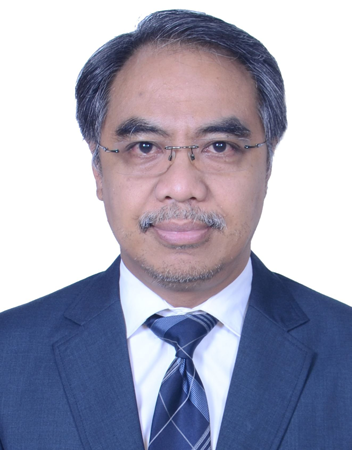 Ambassador of the Republic of Indonesia to Pakistan Adam Mulawarman Tugio on Saturday said that Pakistan and Indonesia could play a significant role in global economic and trade integration and also to boost the economic connectivity between global trading partners.

The two countries are located in a very important geographical location and are linked by historical, religious, and cultural ties that could go a long way in further enhancing the connectivity in global economy and trade, Ambassador of Indonesia to Pakistan, Adam Mulawarman Tugio told APP.

The Ambassador said that Pakistan’s proximity to Central Asian countries and its location in western China is of paramount importance which will make the port of Gwadar an important factor in global economic and trade integration.

The role of Central Asia, Southeast Asia and Pacific Asia in the future world trade will be very important and the close and brotherly relations between Pakistan and Indonesia will be very beneficial in this regard.

He said that Pakistan had an important geographical location, which could connect Central Asian Countries with the world on the one hand and Western China on the other hand for which Gwadar Port was of utmost importance.

The Ambassador said that the ASEAN countries had FTAs with China, Japan and Korea.

He said Pacific Asian Countries were also a major trade partner of ASEAN and the global trade bloc with a worth of $482 billion in annual trade opportunities.

The Ambassador said that the ASEAN countries and Pakistan could take advantage of each other’s FTA partners and EU Generalized Scheme of Preferences (GSP- Plus) partners as a third party to enhance bilateral economic cooperation.

In the future, Gwadar Port would play an important role in the economic and trade integration of the world, adding, Pakistan could become a trade hub of the world.

Indonesia was an important trading partner of Pakistan in ASEAN countries and the two countries were linked by historical, religious and economic ties.

Replying to a question, he said that 45 percent of the Muslim population hailed from ASEAN countries and also Buddhists, who had many religious sites in Pakistan including Taxila and Swat could also play a huge role in enhancing cultural, economic and trade ties between both sides.

He said religious tourism could be promoted in Pakistan and ASEAN countries which could also enhance economic cooperation between the two sides.

Responding to a question, he said Indonesia was keenly interested in investing in Pakistan and had greater potential in the near future.

Ambassador Tugio said Pakistan and ASEAN countries had a combined economic and trade market of 870 million people in which trilateral trade between the two sides was only $7.5 billion which was not according to trade potential.

He said that Pakistan could take full advantage of the $three trillion trade market in ASEAN, for which a comprehensive plan was needed for the future.

He said that Indonesia had made investments in Palm oil in Karachi which would enhance economic cooperation between the two countries, adding that in the near future while taking interest in investing in Faisalabad, steps would be taken for this in the near future.