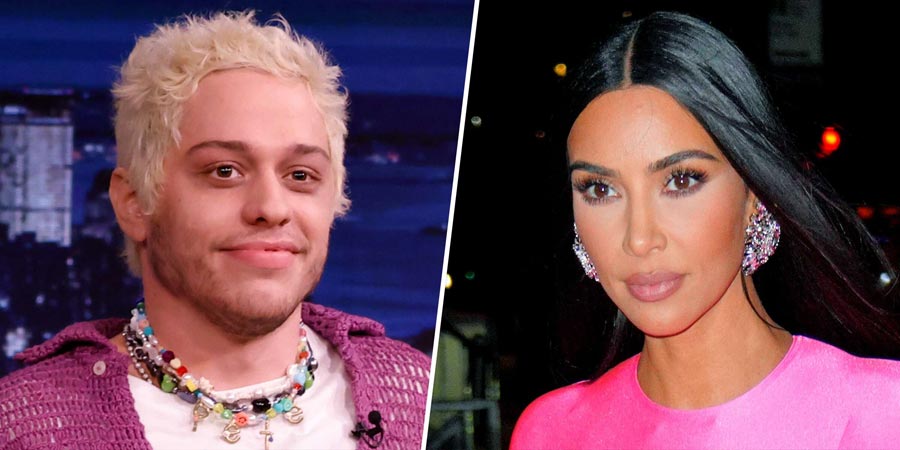 Kim Kardashian and Pete Davidson are taking their friendship to the next level. A source close to Kim tells E! News the 41-year-old reality star and 28-year-old Saturday Night Live comedian are officially dating: “They are really happy and seeing where it goes.”

“Pete has told her he doesn’t want to see anyone else,” the source says, noting Kim apparently feels the same. “She is telling some people they aren’t super serious but she isn’t seeing anyone else… She’s trying to not make a big deal about it but is super into him.”

Though the mother-of-four is trying to keep it low-key, the insider says, “Kim is smitten over him and it’s very exciting to her.”

Apparently, the beauty mogul feels “giddy” around the King of Staten Island star, with the source sharing, “He makes her laugh the entire time they are together and she is completely enthralled by him.”

Kim’s feelings for Pete were made evident when she brought him to Kris Jenner’s Palm Springs home, an event that the source describes as a “huge deal.” The insider notes, “Everyone is happy for her.”

Though they are currently living on opposite coasts, the source says, “They are making the distance work and have plans to continue seeing each other.” It’s unclear when the pair decided to go from friends to something more but fans are living for the developments. As one person wrote on Twitter, “Kim kardashian and Pete Davidson are dating ?!?! Something is in the air.” Other social media users remarked that the signs were there, with many pointing out that Kim and Pete were dressed alike in a photo from his recent birthday party. “Pete Davidson and Kim Kardashian matching their clothes?!?!” another Twitter user joked. “The world ain’t ready for this one.” Prior to their rendezvous in the California desert, Kim met up with Pete in NYC, where they enjoyed not one but two nights out together.

At the time, a source told E! News their hangouts were strictly “casual” as Kim wasn’t ready to get into a relationship amid her ongoing divorce from Ye, formerly known as Kanye West. “Kim isn’t looking to date anyone right now,” the source explained. “She’s loving this time in her life and is having a lot of fun. There is no pressure between them.”

Kim previously got to know Pete during her marriage to Ye, but the pair reconnected when she hosted Saturday Night Live in early October. For her first-ever appearance on the comedy series, she and Pete portrayed Princess Jasmine and Aladdin in a sketch where they shared a kiss on a magic carpet ride. Then, just a few weeks later, Kim and Pete were photographed holding hands on a rollercoaster at Knott’s Berry Farm in Yorba Linda, Calif., delighting fans with the surprise outing. In other words, these two have taken fans on a wild ride since Kim first appeared on Saturday Night Live.