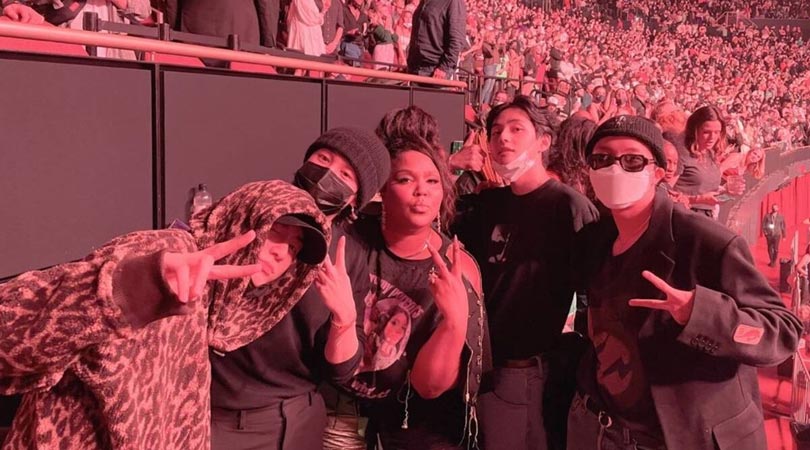 The concert was in Los Angeles and is part of Harry Styles: Love On Tour.

They shared a video and photos from the event on their Twitter handles. BTS fans also shared pictures and videos from the concert of BTS vibing to Style’s songs like “Falling”, an emotional 2020 song from his album Fine Line. BTS members’ admiration for Styles is clear. Last month, Jungkook had shared a sonorous cover of Styles’ “Falling”, which garnered much attention on social media, particularly among ARMY – the name of their fandom.

BTS is in LA for their own concert. They’ve been expressing their excitement of finally performing for fans in person. They will also join Coldplay on stage for the American Music Awards 2021, and sing their collaboration, My Universe.

BTS has been making inroads into the western world’s awards scene for the last few years. Last year, they released “Dynamite”, which is their first-ever song with lyrics only in English. The song gave them their first Grammy nomination in the ‘Best Pop Duo/Group Performance’ category.

Earlier this month, they dominated the European Music Awards. They won all four awards for which they were nominated and snagged the most trophies of any artist this year. They won in categories: Best Group, Best Pop and Biggest Fans, as well as the new award for Best K-Pop.