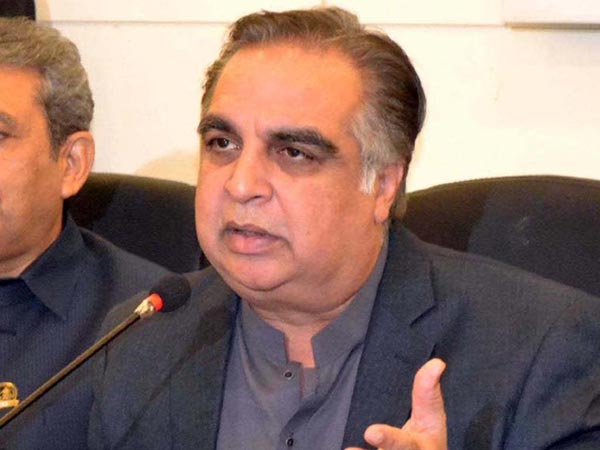 Sindh Governor Imran Ismail on Saturday said after passage of the Electronic Voting Machine (EVM) bill in the joint session of the parliament, doors of rigging in elections had been closed forever and future elections will be held in a transparent manner.

He said this while addressing a programme organized at Insaf house in Latifabad and talking to media at the residence of PTI leader Pir Zaman Shah Jillani at his residence in Kotri.

Imran Ismail said in the past, elections had been rigged by former ruling parties by snatching ballot boxes from election staff to get desired results. Those who used to rig the elections in the past are opposing electronic voting machine as they would not be able to manipulate elections in future after introduction of the EVM, the governor said and added that Prime Minister Imran Khan wanted to hold transparent and impartial elections in the country so that no one could seize power by using unfair means in election process. The governor said next elections would be held in the country on time with EVM and no one would raise finger on its credibility. He said the introduction of EVM and approval of the I-voting system for overseas Pakistanis, was the outcome of 27 year long struggle of Prime Minister Imran Khan who struggled hard for giving the right of vote to Pakistanis living abroad. He said the introduction of EVM was part of PTI’s manifesto.

He said all issues of Election Commission of Pakistan with regard to EVM would be resolved so that fair, impartial and transparent elections could be ensured. The Sindh governor said inflation was a global issue and the federal government had taken measures to provide relief to the general public. He said with the pragmatic policies of the federal government the country’s economy was moving on the right track.

The provincial government had decided to close 7000 schools in Sindh which would affect the educational system in the province, the governor regretted and suggested that teachers should be posted in these schools to provide educational facilities to poor students of the far flung areas. The PTI government has fulfilled its commitment to establish a university in Hyderabad despite the fact that the provincial government had opposed it, the governor said and added that the Prime Minister loves the young generation of this city and they will be given more and more opportunities in getting education and their skill development.

In reply to a question, the governor regretted the murder of young man Nazim Jokhio in Karachi and said the family of the deceased should be provided assistance in getting justice.

In another question, Imran Ismail said rotation of senior officers was federal policy and according to law they were being transferred from one province to another. He said AD Khawaja, Sanaullah Abbasi, Kaleem Imam and other officers had been transferred to other provinces in the past and on one raised objections over that decision but now the Sindh government was creating an issue over rotation policy to make it controversial.

The opposition leader in Sindh Assembly and central leader of Pakistan Tehreek i Insaf Haleem Adil Sheikh addressed the programme at Insaf House and said the PTI government had gifted university to the people of Hyderabad. Haleem Adil said upcoming local government as well as general elections would be won by Pakistan Tahreek i Insaf across the country including Sindh.

He said PTI govt will serve the nation without any discrimination. He said PTI will win next local government elections in Hyderabad and people of the second largest city would be provided all basic facilities as the PPP government had ignored them. He said mega development packages would be launched in Hyderabad. Haleem Adil said some federal government officers were trying to harm the credibility of the central government by their wrong deeds.

He warned strict action against them would be taken through a federal investigation agency. Earlier, the governor arrived at the residence of president PTI central region Sindh Pir Zaman Shah Jillani and offered condolences to his nephew. He was accompanied by opposition leader in Sindh Assembly Haleem Adil Sheikh, Special Assistant to Prime Minister Mehmood Molvi, Advisor to Governor Ali Junejo, MNA Jai Parkash Lohana, MPA Jamal Siddiqui, Khanwand Bux Jahejo and others.

Later, in the evening, the governor visited the residence of PTI leader Khair Muhammad Khokhar near Tando Allahyar and offered condolence over sad demise of Khokhar’s brother. He also visited residence of General Secretary PTI Sindh Amin ullah Moosa Khel and expressed his condolence on the demise of his cousin Abdullah Moosa khel. Haleem Adil Sheikh, Mehmood Molvi and others were also present on the occasion.