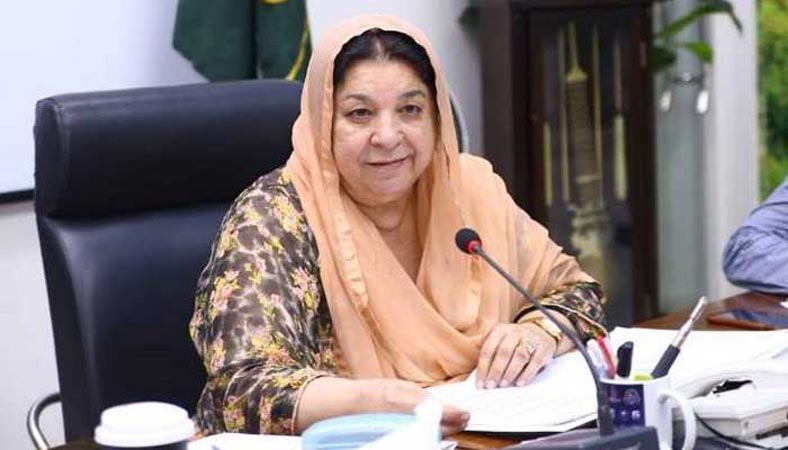 Punjab Health Minister Dr Yasmin Rashid has said that provision of Insaf health cards to 22.5 million people of the province will be ensured maximum by January 1, 2021, and so far 25 per cent families have been handed over cards.

She was speaking at the inaugural ceremony of the 31th Annual International Conference on Family Medicine “FAMILYCON-2021?. She said Rs 332 billion would be spent on the project and every family would be able to avail up to one million rupees worth of medical treatment facilities at hospitals of their need through the Insaf cards. She said the PTI government was taking all steps for providing the best medical facilities to all segments of society and the criticism by the opponents was uncalled for and unjustified. Earlier, President Academy of Family Physicians Dr Tariq Mahmood Mian said that the primary health sector must be strengthened in the country which was, in fact, the basis of the healthcare system of the country.

He said that it was a practice across the world that patients first of all go to the family physicians, who diagnose the disease and suggest medication. He hoped that provision of health cards would help resolve the health issues of the public in Punjab at a large scale.

At least 3,500 doctors participated in the three-day international conference and at least 90 contests were conducted during the event.

Speaker Khyber Pakhtunkhwa Assembly Mushtaq Ahmad Ghani Saturday said that the Akhuwat organization has so far given Rs. 1.5 trillion rupees interest-free loans to the unemployed persons all over the country with 100 percent recovery.

He expressed these views while addressing a cheques distribution ceremony worth 12 million rupees to 300 unemployed persons through Akhuwat organization at a local Mosque.

The speaker said that millions of unemployed people have been supporting their families by running small businesses with the financial assistance of Akhuwat Organization.

Mushtaq Ghani said that he was very happy to see the working method of the Akhuwat which is providing loans without any guarantee. He said that commercial banks are giving loans to the public on guarantee and after a lot of verification but still their recovery ratio is not up to 100 percent which is quite amazing. Through interest-free loans unemployed people would be able to set up their own businesses and start small businesses to support their families, adding the speaker said. A large number of locals participated in the function.