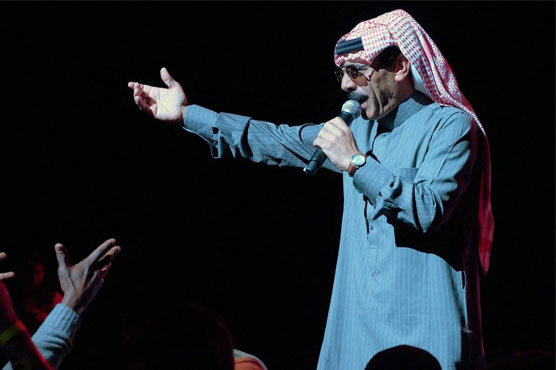 Celebrated Syrian singer Omar Souleyman was released late on Friday in southeast Turkey after being detained over alleged links to Kurdish militants, an AFP photographer said.

Souleyman was freed at 10:30pm (1930 GMT), the photographer said, after a confusing day during which he was released in the morning before being taken back to a detention center.

Souleyman was detained on Wednesday in Sanliurfa, where he has been running a bakery after escaping Syria’s civil war which began in 2011.

Police questioned Souleyman over reported claims he had ties to the People’s Protection Units (YPG), which Turkey says is the Syrian offshoot of the Kurdistan Workers’ Party (PKK).

The PKK, blacklisted as a terrorist group by Ankara and its Western allies, has been waging an insurgency against the Turkish state since 1984.

The YPG spearheaded the fight against the Islamic State extremist group under the Syrian Democratic Forces banner with the support of the US-led international coalition.

Souleyman was accused of “terrorist propaganda” but it was not immediately clear whether any formal charges were brought against him despite his release.

He returned to his home in Karakopru district, where his family and fans were waiting.

“I love Turkey. The Europeans offered me asylum, but I love this country and I want to stay here,” he said after arriving home, according to the photographer.

The lawyer and manager told AFP earlier on Friday that local officials in Sanliurfa province ordered Souleyman’s release but needed the approval of the interior ministry which never came.

He was then taken back to a detention center before he was finally released on Friday night.

Souleyman has won international recognition for his melodic mix of dance and folk music, collaborating with artists such as Bjork and the Blur’s frontman Damon Albarn.

An official video for his 2013 song “Warni Warni” has received nearly 95 million views on YouTube.