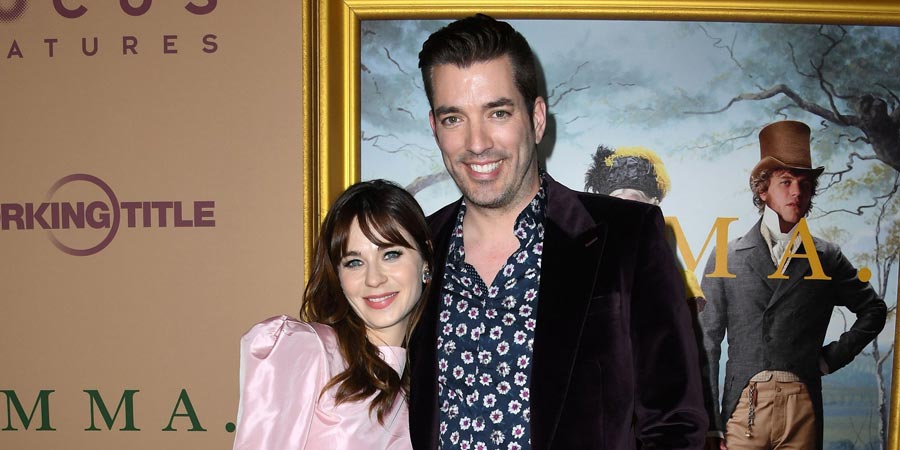 Zooey Deschanel really knows her man. No literally. The New Girl star, who is dating Property Brothers’ Jonathan Scott admits there is never a day where she confuses him for his twin brother, Drew Scott. “No, to me they don’t look alike at all,” the 41-year-old actress said during her appearance on The Kelly Clarkson Show Nov. 17. “And their personalities are so different. So, like, to me, they just don’t look alike.”

Even before she was introduced to the love of her life, Zooey had the whole twin thing figured out. “I was with my sister and my sister’s like ‘I cannot tell them apart,’ like, before we met them,” she revealed. “And I’m like ‘What do you mean? They look so different to me.’ So even before I met them, I thought they looked totally different.”

Still seeing double? Kelly Clarkson pointed out that Drew has a beard while Jonathan does not.

“Even without the beard, they don’t look alike,” Zooey continued, “to me.” However, the American Idol alum said the Days of Summer celeb “might be alone” on that one.

Zooey and Jonathan have been dating since 2019 after meeting on an episode James Corden’s Carpool Karaoke.

In June, the Celebrity Dating Game host couldn’t help but gush over her love and told US Weekly, “I just think Jonathan is just the nicest person in the world. So, I’m just really lucky. I just try to be as nice back as, you know, he is. And it works.”