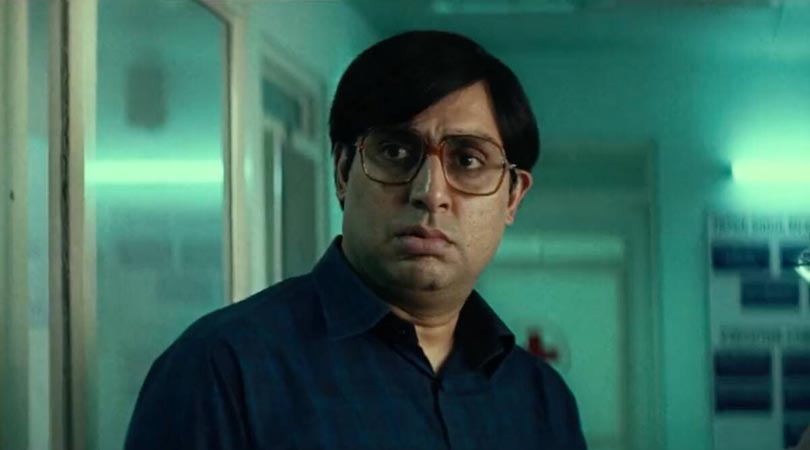 The makers of the much-awaited movie ‘Bob Biswas’ have unveiled an intriguing trailer of the crime drama on Friday.

The film stars Abhishek Bachchan as the titular character and Chitrangda Singh is playing the role of his wife. The two and a half minute long trailer gives a glimpse into the complicated journey of Bob Biswas, a middle-aged hitman-for-hire who comes out of a prolonged coma and does not remember any details about his life and his past, including his wife and children.

As he tries to remember his identity, episodes from his past come alive and the trailer shares a peek into his moral dilemma between embracing his criminal past versus his newly developed sense of right and wrong.

Chitrangda added that she feels proud to be a part of this “unique” film.” ‘Bob Biswas’ is a unique film, and I am proud to be a part of it and work with the awesome team that created it. It’s a fascinating tale of an intriguing character and the people around him. The film has the right amount of mystery, madness and mayhem that is sure to entertain the audiences. I am excited for people to watch the trailer and catch the film soon on ZEE5,” she said.

For the unversed, the upcoming project revolves around the contract killer Bob Biswas featured originally in Vidya Balan’s hit ‘Kahaani’, essayed by Saswata Chatterjee in the film.

Directed by Diya Annapurna Ghosh and written by Sujoy Ghosh, ‘Bob Biswas’ is produced by Gauri Khan, Sujoy Ghosh and Gaurav Verma. The film is a Bound Script production presented by Red Chillies Entertainment. ‘Bob Biswas’ is set to premiere on December 3, 2021, on ZEE5.