Even prayer time not spared for ‘rigging’ 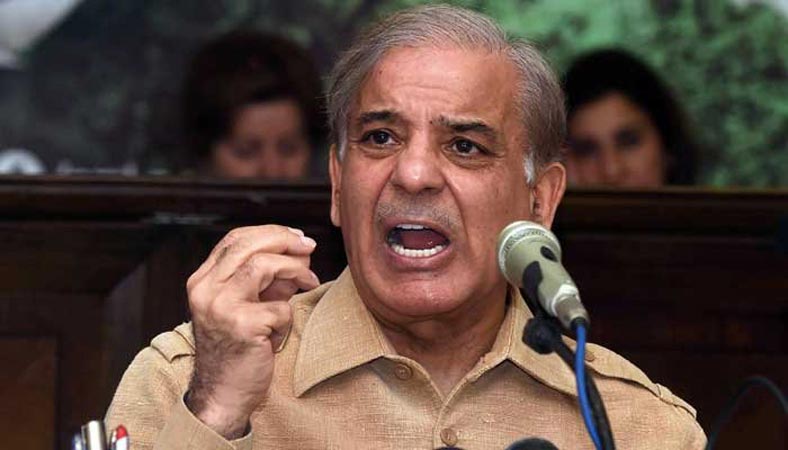 Leader of the Opposition in the National Assembly Shahbaz Sharif on Friday decried the “use of prayer time” by the government for the passage of the National Accountability Amendment Bill 2021, a private TV channel reported. In a statement on Twitter shared by PML-N, Shahbaz was quoted as saying: “Approval of NAB supplementary bill after bulldozing legislation in the joint sitting of Parliament is open malice.” The opposition leader said that the government, “like thieves made use of namaz time and passed the NAB supplementary bill via rigging”. “Even namaz time was not spared for rigging. Is this the democracy and transparency [you claim to uphold]?” he asked. “Getting the NAB bill approved by introducing a supplementary agenda is a fascist move by a fascist government,” he added. Shahbaz said that the government’s “dictatorial traditions have turned Parliament into an arena, which is regrettable and reprehensible”. “This is not legislation, it is a terrible joke played with Parliament, Constitution and the people,” he said. PPP Senator Sherry Rehman, too, reacted strongly over the move, saying that “what was left of Parliament in the Senate was destroyed”. Detailing the series of events that unfolded, she said that the treasury introduced a supplementary agenda at 12:35pm, “without laying bills, and just called in members to bulldoze a NAB bill”. “From now on, the Senate too will not run,” she remarked, terming it a “black day” in parliamentary history. Referring to the government as the “tabahi sarkar” (a regime that brings about destruction), she said it is “unwilling to allow the provinces to speak or breathe” and that questions on the sovereignty of Pakistan, whether regarding the deal with the International Monetary Fund or amnesty deals, are not heard. “They are unwilling to hear us on the census, or water, or any resource share of the provinces, as that is what the Senate does,” Rehman said.