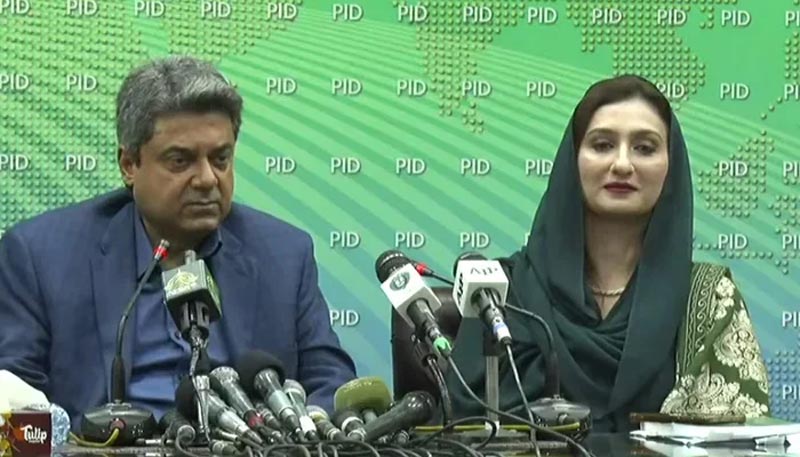 Parliamentary Secretary for Law and Justice Maleeka Bokhari Friday said the government had removed a clause from a recently approved criminal law for chemical castration of serial rapists.

She was addressing a press conference in Islamabad alongside Minister for Law Farogh Naseem.

“We have amended the criminal law and decided that chemical castration clause will be taken out. The government had removed the clause of chemical castration from the Criminal Law (Amendment) Bill, 2021, before its passage in the joint sitting of the Parliament,” she said. Bokhari said the decision to drop chemical castration was taken in light of the objection put forward by the Council of Islamic Ideology (CII).

Bokhari said CII had objected that the clause was “un-Islamic”, as in line with the Constitution, no law could be enacted that went against the teachings of the Holy Quran and Shariah. “The PTI-led government has passed historic laws despite all delaying tactics used by opposition,” the parliamentary secretary said.

All laws made and amended by the government are aimed at fast-tracking the process of justice and easing legal procedures for the affected people, Bokhari said of the 33 bills, which were bulldozed during the joint sitting.

She said after the passage of Anti-Rape (Investigation and Trial) Bill, 2021, special courts would be established to expedite rape cases. “An investigation cell will be set up in every district. Trained investigators will be made a part of the investigating team,” she added. She said an anti-rape crisis cell would be set up in every district hospital for rapid medical examination of cases. Bokhari said the government had promised to protect people’s rights and “it did so by introducing necessary legislation”.

Meanwhile, Law Minister Nasim responded to reservations of the opposition parties regarding the use of electronic voting machines (EVMs) and other laws passed by the parliament.

He explained that while EVMs and the conventional voting system were not flawless to the core, analysis revealed that the former had facets that made electronic machines better than the old system.

His remarks come two days after the government managed to get a record number of 33 bills, including the controversial bill on EVMs and I-voting for overseas Pakistanis, passed from the joint sitting of parliament despite facing strong resistance from the opposition. “In the previous system, there were 10-15 weak areas to rig votes like double stamping, tearing of ballot paper or incorrect stamping. In contrast, an EVM is like a calculator and it goes live which is better than the earlier mechanism,” the minister said.

He stressed that the intention behind introducing EVMs was “nothing more than holding fair elections”.

Regarding the opposition’s criticism of the government’s alleged move to make changes to the State Bank of Pakistan (SBP) law, he said the SBP had its own statutory powers which it would not delegate to any authority.