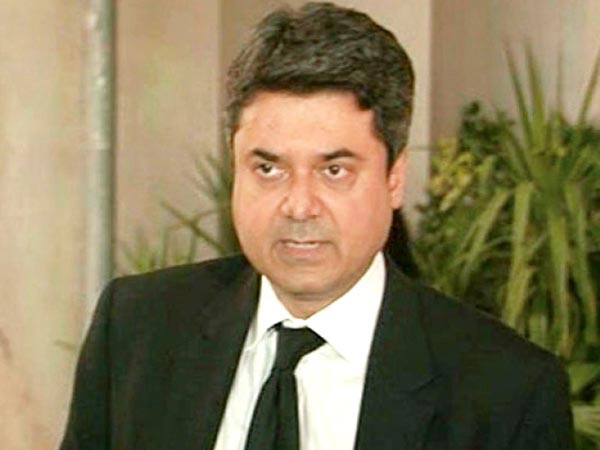 Federal Minister for Law and Justice Barrister Dr Farogh Naseem on Friday said that the joint sitting of Parliament passed a bill regarding new census in the country and the federal government would introduce modern technology in new census.

Addressing a press conference here, he said that the result of the census was rejected by the MQM and it demanded an audit of five per cent results, which was initially agreed to by the then government but it later backtracked. Now the government was conducting a new census, which was the only feasible option, he added.

The minister said that the opposition could criticise any matter provided, they were raising factually correct objections. He said that there were some red lines that must be seen and not crossed.

Explaining the issue of Indian spy Kulbhushan Jadhav, the minister stated that those who opposed the bill had not read it. He said that Nawaz Sharif’s government had decided not to give consular access to Kulbhushan. India approached the International Court of Justice (ICJ) over rejection of consular access to the Indian spy, he added.

He said that Pakistan had fully defended the Kulbhushan case in the ICJ while India had appealed for the release of Kulbhushan. The International Court of Justice rejected Indian government’s plea for acquittal but it approved consular access request, he added.

He said that the ICJ had also asked to grant the right to file a review appeal against his (Kulbhushan) conviction by a military court. Kulbhushan Jadhav’s case was a matter of national security, he added.

The minister said that the issue of Kulbhushan was a matter of national security and this was country’s red line. “How do you call yourself a politician when you don’t get the hang of such matters?” he said.

He said that the ICJ bill was not person-specific as it would be applicable to anyone coming under the ambit of the law.

He said that Pakistan was a responsible state and the government successfully foiled Indian attempts.

Talking about use of Electronic Voting Machines (EVM) in next general elections, the minister stated that Election Commission of Pakistan (ECP) was bound to use EVMs. He said that EVMs and the conventional voting system were not flawless to the core, analysis revealed that the former had facets that made electronic machines better than the old system.

He said that there were 10-15 weak areas to rig votes like double stamping, tearing of ballot paper or incorrect stamping in the previous system while an EVM was like a calculator.

He said that the ECP was independent and empowered but it had to hold elections as per the laws passed by the parliament. He said that the government’s intention to introduce EVMs was to hold free and fair elections. He said it was regrettable that the opposition raised objections on different issues without studying them.

Parliamentary Secretary for Law and Justice Barrister Maleeka Ali Bukhari said that the Pakistan Tehreek-e-Insaf (PTI) government introduced legislation according to its manifesto.

She said that a clause providing for chemical castration of habitual rapists had been removed from the Criminal Law Amendment Bill, in the light of objections raised by the Council of Islamic Ideology (CII). Bokhari said that Article 227 of the Constitution also guarantees that all laws must be under the Shariah and the Holy Quran. She said that the government could not pass any law that was against Quran and Shariah.

About the Anti-Rape bill, Maleeka said that the previous law had flaws that hindered the provision of justice to victims so the government introduced new law to ensure swift dispensation of justice.

She said anti-rape crisis cells would be set up in every district hospital for rapid medical examination of cases. The government had promised to protect people’s rights and it did so by introducing necessary legislation, she added.