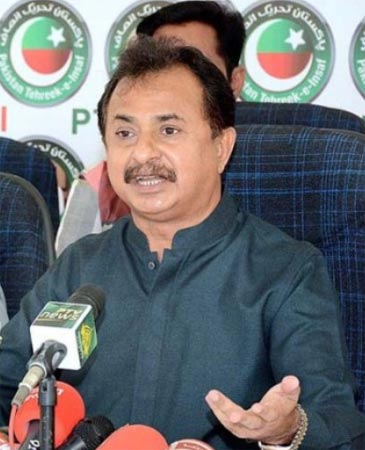 Criticising Sindh Murad Ali Shah for what he called using an indecent and intimidating language, Leader of the Opposition in Sindh Assembly Haleem Adil Sheikh Friday said the PPP was once again playing the Sindh card to cover up its wrongdoings but its tricks would not work anymore. Speaking to the media persons and later addressing a meeting of PTI legislators here at Sindh Assembly building, he said the Sindh government plundered the public exchequer and resources mercilessly and masses were all set to politically avenge PPP’s transgressions and bad governance in the province.

Sheikh, who is also Central Vice President of PTI, said his party had no personal conflict with Shah but it was a battle of people of Sindh against criminal governance of PPP that was even indulging bureaucracy in corrupt practices.

The PPP did not tolerate honest officers in Sindh and was trying to keep those officers in the province who were part of their corrupt systems, Haleem alleged and named various administrative and police services officers belonging to Sindh who were either transferred out of the province or declined postings.

The Sindh government in presence of a grade 22 officer Naheed Durani posted a grade 20 officer Hassan Naqvi as chairman P&D because he was part of the CM’s corrupt system, he alleged adding that Sindh had become a cemetery of careers of honest officers.

Referring to the Sindh High Court’s judgment in Muhammad Rashid Bohio’s Constitutional Petition numbered D-1555 of 2021, Haleem Adil said the apex court had clearly mentioned that the Establishment Division as an employer might transfer any officer to and from province under terms and conditions of the service.

In order to ensure equitable distribution of these officers, Rotation Policy of PAS/PSP officers was introduced in the year 2000 and later reformed in 2020 in consultation with all chief secretaries and other stakeholders, he observed.