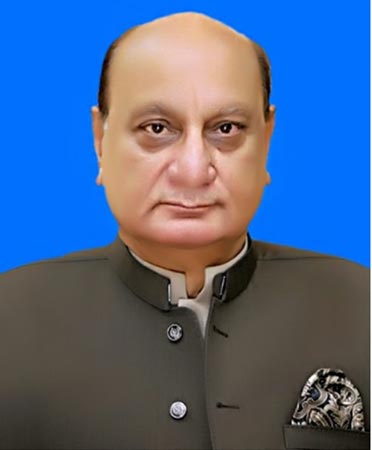 Punjab Minister for Law and Parliamentary Affairs Raja Basharat said on Thursday that the Punjab government was standing with the business community and it would extend all possible facilities to them according to the vision of Prime Minister Imran Khan.

Speaking at a Lahore Chamber of Commerce and Industry (LCCI) meeting, he said that the government would be the ultimate beneficiary when businesses would be flourishing.

He said that the Punjab Assembly had passed 110 laws thus far, which were public-friendly and acceptable for all. “We proceed in consultation with the stakeholders,” the minister said and invited a delegation of the LCCI, said that liaison should be on a permanent basis.

He said that the prime minister had set up a committee of law ministers of four provinces to get rid of delays in cases. “We have set a timeline to end delay in civil cases,” he added.

Raja Basharat said that now proceedings would not be stopped due to stay orders. He said that the Alternative Dispute Resolution Centre and Mediation Centers were working under the Punjab government.

The minister said that the Cabinet Committee for Law and Order and cabinet committee for legislation would be in touch with the business community and all decisions would be made with a consultation.

While answering a question, the minister said,” we are ready to extend maximum facilitation to the businesses for issuance of arms licenses.”

LCCI President Mian Nauman Kabir said that effective legislation played a key role in determining the right direction of development of any country or province. He said that Pakistan was facing many economic challenges at the moment. Complexities in governance and rules and regulations were also hindering the country’s economic development, he added.

He said that recently commercial courts had been established by the government which was a welcome step. He said that the project should be extended to other cities. He also welcomed reforms initiated to resolve the cases of overseas Pakistanis.

Senior Vice President Mian Rehman Aziz Chan said that issuance of arms license should be started from the LCCI to facilitate its members.