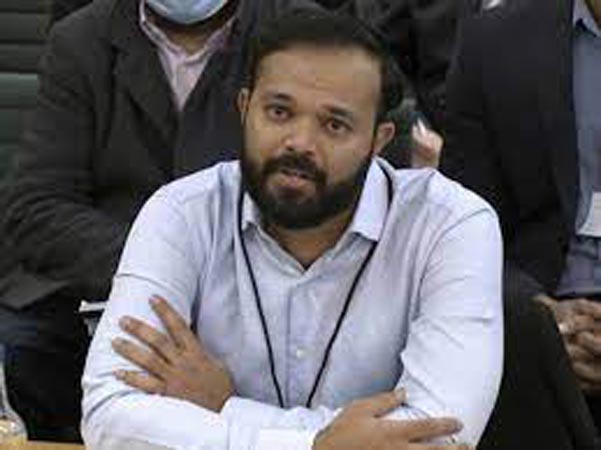 LONDON: Former Yorkshire cricketer Azeem Rafiq expects the “floodgates” to open in cricket’s racism crisis, predicting thousands could come forward after giving a disturbing account of his own experiences to British lawmakers. Pakistan-born Rafiq told MPs on the Digital, Culture, Media and Sport committee on Tuesday how racist language was “constantly” used during his two spells at the county club. The 30-year-old, who had dreamed of playing for England, said the sport in the country was blighted by institutional racism. He made several fresh allegations against high-profile individuals, including ex-England players Gary Ballance, Tim Bresnan, Matthew Hoggard and Alex Hales, and predicts others will speak up in their droves.

There have already been accusations of racism at Essex while a number of other counties were also named during the parliamentary hearing. “I do feel now it’s going to be a little bit of floodgates and a lot of victims of abuse are going to come forward and we need to listen to them, hear them, support them and work out a plan to make sure this doesn’t happen again,” he told Sky Sports. “I think you’re going to get it (complaints) into the hundreds and thousands, possibly, and I think it’s the way they handle it. We’ve got here because of Yorkshire’s handling of this.”

The fallout for Yorkshire over the scandal has been devastating, with sponsors making a mass exodus, resignations from top administrators and the club barred from hosting lucrative international matches. But Rafiq warned that the county could not move forward until head coach Andrew Gale and director of cricket Martyn Moxon had left the Headingley-based club. Gale is currently suspended pending investigations over a historical tweet and Moxon is signed off with a stress-related illness. Both men featured heavily in Rafiq’s written and verbal submissions, with Gale accused of constant racial abuse and Moxon of systematic bullying, including an outburst on Rafiq’s first day back following the stillbirth of his son.

“I don’t think Martyn and Andrew can (continue in their roles),” said Rafiq. “I think Gary (Ballance) — if he apologises properly and has some sort of acceptance and accountability — he should be allowed to play. “But in terms of Andrew and Martyn, I don’t think it’s possible for Yorkshire to move forward with them still in there knowing full well what sort of role they played in that institution.” Bresnan, now at Warwickshire, took to Twitter to apologise for “any part I played in contributing to AzeemRafiq’s experience of being bullied” at Yorkshire but stressed the accusation he frequently made racist comments was “absolutely not true”.

Rafiq accused Hales of calling his black dog “Kevin” as a result of Ballance’s use of the name as a derogatory term for people of colour, but the Nottinghamshire batsman has rejected that. “Having heard the allegations made against me, I categorically and absolutely deny there was any racial connotation in the naming of my dog,” he said in a statement.

Whistleblowers: More than 1,000 people have contacted the Independent Commission for Equity in Cricket, set up by the England and Wales Cricket Board, since a “call for evidence” last week. Cindy Butts, who chairs the ICEC, said Rafiq’s testimony showed that cricket “must change now”. “It is crucial people across the game, many likely inspired by Azeem’s bravery, have the chance to be heard,” she told the Daily Telegraph. Sayeeda Warsi, a lawmaker in Britain’s unelected House of Lords, called on the ECB to lead change, saying Azeem’s case was the “tip of the iceberg”. “It is time for the ECB to be involved with a full inquiry which includes a truth and reconciliation process that allows anonymity because that is what players want,” she told the BBC.