* The album's first single 'Easy on me' has reigned over the US and British singles charts since its debut four weeks ago, proving the enduring strength of Adele's prowess as a hitmaker 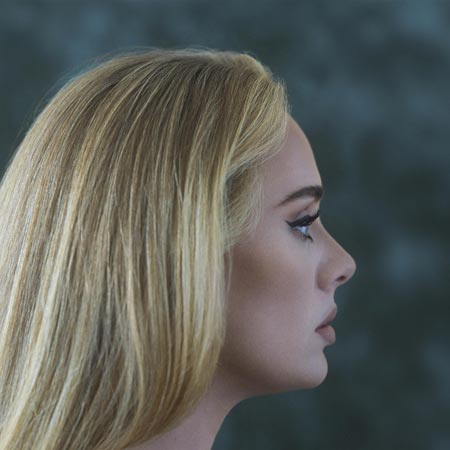 Six years after Adele’s last blockbuster exploration of heartache and loss, everyone’s favourite ugly-cry balladeer is back, channelling her vocal fireworks to lay bare the emotional torture – and catharsis – of divorce.

In line with her three other records the British artist’s highly anticipated new studio album “30,” out Friday, digs into romantic pangs with the heart-piercing high notes set to stirring piano arrangements that have made her a household name.

The album’s first single “Easy On Me” has reigned over the US and British singles charts since its debut four weeks ago, proving the enduring strength of Adele’s prowess as a hitmaker with broad appeal.

Her record drops after years without headlines and a stretch of musical silence, defying pop’s current standards of stream-friendly quick hits and an urgent social media presence.

But Adele’s announcement this fall that a new album would soon soundtrack break-ups and wistful contemplation the world round set off a media blitz, including Vogue and Rolling Stone cover stories along with a primetime Oprah Winfrey interview spliced into a televised concert that drew more than 10 million stateside viewers.

In the years since the 15-time Grammy winner’s last album “25” – which included the megahit “Hello” – Adele’s relationship of nearly a decade with Simon Konecki, including two years of marriage, dissolved.

She sifted through the fallout of that traumatic period for “30,” probing its implications for her own life but also for her nine-year-old son with Konecki, Angelo. “There were moments when I was writing the record or I would listen back to something and be like, ‘That might be a bit too private, that might be a bit too about myself to put out,'” she told Winfrey.

“But nothing is as scary as what I’ve been through over the last two, three years behind closed doors. So I’m not frightened about what people may or might not know.”

‘I WANT TO LIVE’ — while the 12-track “30” does include textbook Adele — those slow, mournful tales of feeling jilted and alone — she isn’t hitting replay on her previous work.

But its Adele’s honed writing delivered in her smoky, volcanic range that does the heavy lifting on “30.”

“They say to play hard, you work hard, find balance in the sacrifice,” she belts in “I Drink Wine,” a track that progresses from a 1970s-esque groove to a gospel choir-backed meditation on self-acceptance.

“And yet I don’t know anybody who’s truly satisfied.”

In “Love in The Dark” she sings that “I want to live and not just survive.”

“I’ve definitely felt like that,” she told Winfrey. “But it was when I when I made it known to my own friends who thought I was really happy that actually I’m really unhappy and they all gasped. I felt like it was from there that I was, like, ‘What am I doing? What am I doing it for?'”

Some of “30,” she told Vogue, was a way of processing answers to the big questions her son had surrounding his parents’ split, things that are difficult to “make sense to a nine-year-old.”

“My little love,” she sings in one song dedicated to her son, which also includes diaristic voice memo recordings of conversations with Angelo. “I see your eyes/ Widen like an ocean / When you look at me / So full of my emotions.”

The North Londoner who now lives in Los Angeles is rare in the music industry in terms of the sheer breadth of her fan base, which includes people who listen to terrestrial radio and purchase physical albums as hundreds of millions more stream her work.

Along with the wave of positive critical reviews coming in, her new record is expected to be yet another resounding commercial success.

But no matter what numbers “30” does, Adele vows it will remain a work she holds dear.

“It’s sensitive for me, this record, just in how much I love it,” she told Vogue.

“I always say that ’21’ doesn’t belong to me anymore,” she continued, referring to her acclaimed sophomore album.

“Everyone else took it into their hearts so much. I’m not letting go of this one. This is my album. I want to share myself with everyone, but I don’t think I’ll ever let this one go.”