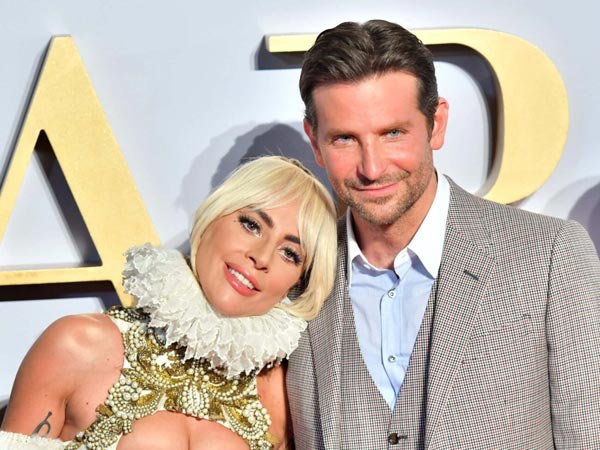 Fans of A Star is Born know that Ally and Jackson were off the deep end in love, but what about the actors behind the characters?

Lady Gaga and Bradley Cooper sparked romance rumours in 2018 when the movie hit theatres. It was clear the co-stars had a close bond, with Gaga revealing that they had an “instant connection” that came “the second that I saw him.” Despite rumours to the contrary, Gaga has long maintained they weren’t actually romantically involved.

“Yes, people saw love and-guess what-that’s what we wanted you to see,” the 35-year-old singer told Jimmy Kimmel in 2019. She knew the rumours were only fuelled by their intimate performance of “Shallow” at the Oscars that year. But Gaga explained that Bradley had planned out the entire concert in extreme detail: “I knew that he had the vision for how it should go.”

So, does her story check out? Bradley finally addressed the rumours himself in The Hollywood Reporter on Wednesday, Nov. 17.

When discussing the Oscar performance of “Shallow,” Bradley confirmed they were definitely acting.

In fact, there’s a simple reason why it looked so steamy: “He had conceived the performance to unfold like a scene from the movie in part to help manage his own fears about singing live,” according to the outlet.

Bradley shared, “Just from a personal standpoint, it reduces the anxiety level.”

As he noted, “They kind of fall in love in that scene in the film. It’s that explosive moment that happens to them on a stage in front of thousands of people…It would have been so weird if we were both on stools facing the audience.”

If that doesn’t clear up any remaining doubt, just know that Gaga later doubled down on her denial as well. “Quite frankly, I think the press is very silly. I mean, we made a love story. For me, as a performer and as an actress, of course we wanted people to believe that we were in love,” the House of Gucci star told Elle in November 2019. “And we wanted people to feel that love at the Oscars. We wanted it to go right through the lens of that camera and to every television that it was being watched on.”

When the movie came out, Bradley was in a relationship with Irina Shayk, but news of their split spread in June 2019. As for Gaga, she and fiancé Christian Carino reportedly called it off in early 2019, with her also confirming the breakup in June 2019. She’s now dating Michael Polansky, a math whiz who is on the board of San Francisco’s Parker Institute for Cancer Immunotherapy.