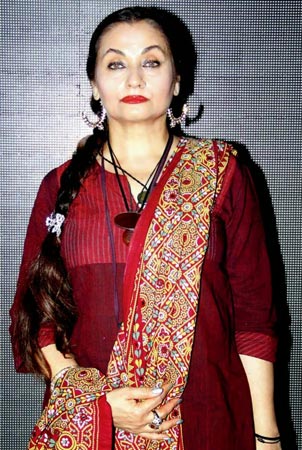 The 65-year-old actress in her statement told the police that she was travelling in an auto-rickshaw from her bungalow to a chemist shop in suburban Versova in the early hours of Saturday when the two robbers riding a motorbike snatched her handbag and fled.

The actress said, there were two mobile phones, some cash, keys and other items in her bag. Salma Agha claimed that she immediately approached the Versova police station, but no FIR was registered.

She said an officer at the Versoa PS said it will take three hours to file an FIR as she reached police station. Later, the actress informed the Mumbai Police via Twitter about the incident.

Meanwhile, a senior official of the Versova police station reacting to claims of Salma Agha said: “We register FIR the same day, but the actress said she did not have time and will come later.

We approached her again, but she did not turn up. We will lodge the FIR once she comes to the police station.”