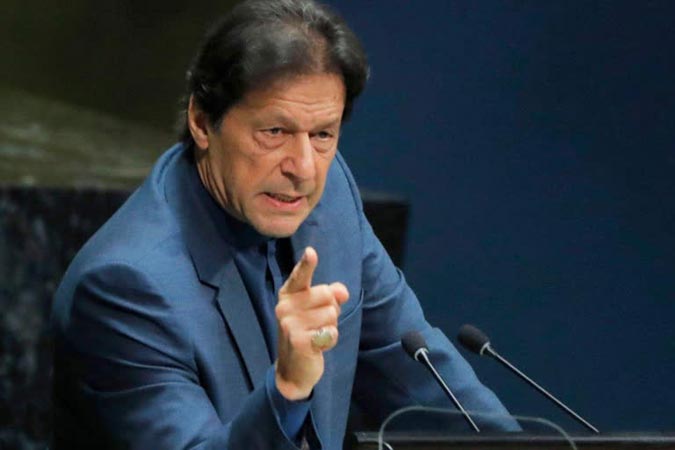 Prime Minister Imran Khan Thursday said voting right to overseas Pakistanis provided through Wednesday’s legislation would not only enrich their importance, but also enable them to keep a check on governments using their power of vote.

He said in democracy, the voters could keep a check on their government through their vote. As the overseas Pakistanis were around nine million in number, the governments would be forced to value them duly, he said. Secondly, he said the legislation on the use of EVM in elections was also made possible as NADRA had made it easier to ensure election using the latest technology. He said as the technology had changed the world altogether, its non-use would be nothing but a silly approach.

He recalled that the Election Commission in 2008 and a judicial commission in 2015 had also recommended the use of EVM to ensure holding a transparent election.

He viewed that in fact those desiring to take advantage of old system would never let the change to come in. He also mentioned the resistance faced by the government from within the Utility Stores and FBR when it tried to automate their working to bring in transparency. He said tax collectors made huge money and the beneficiaries resisted any effort to curb the practice.

He said the government would launch track and trace system next week which was made possible after huge efforts and would help to ascertain the real figures of production. Such a system would discourage tax evasion and keep a proper check on the major businesses like cement, sugar and cigarettes, he added.

He told the audience that the EVMs were functional across the world and it could also address all of the election-related issues in Pakistan. The prime minister said around 1.5 million votes were rejected in last elections which could have been saved in case of EVMs. The EVMs would also help to do away with the practices of fake votes, he added.

He said the incumbent government also called for an open ballot in Senate election as secret ballot involved huge money to buy the way into Senate. But, he said both the PPP and PML-N opposed the move despite the fact that the PTI had no advantage of this open ballot. Referring to the opposition’s criticism of legislation in the joint session of the parliament, he said Wednesday’s drama was also meant to stop the overseas Pakistanis from voting.