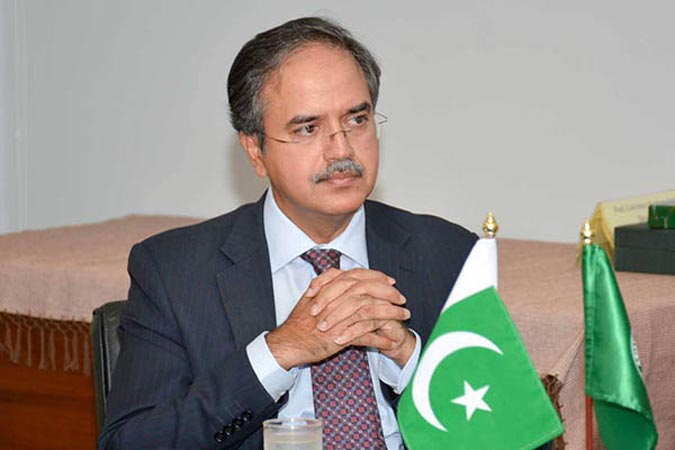 Pakistan Thursday rejected the US State Department’s assessment on religious freedom and said pointing a finger at Islamabad and omitting New Delhi had made the rreport credibility questionable.

“The designation of Pakistan as a “Country of Particular Concern” is completely against the realities on the ground and raises serious doubts about the credibility of this exercise. It is arbitrary and selective, Foreign Office spokesperson Asim Iftikhar said during his weekly press briefing.

“Each year, the US secretary of state identifies “governments and non-state actors, who, because of their religious freedom violations, merit designation under the International Religious Freedom Act”, a statement by US Secretary of State Antony J Blinken said. The US secretary of state has placed Pakistan and several other countries on the list for allegedly “having engaged in or tolerated systematic, ongoing, and egregious violations of religious freedom”.

Iftikhar noted that such subjective designations do not contribute towards promoting the cause of religious freedom worldwide. “Pakistan and the US have been constructively engaging on the subject at the bilateral level, a fact regrettably overlooked by the US,” the spokesperson said. “Pakistani society is multi-religious and pluralistic with a rich tradition of inter-faith harmony. Religious freedom and the protection of the rights of minorities are guaranteed by our constitution and ensured through a range of legislative, policy, and administrative measures,” he said.

Iftikhar highlighted that the glaring omission of India, where the RSS-BJP regime and their leaders openly disregard religious freedom and discriminate against minority communities in an institutionalised manner, was unfortunate and put the credibility of the US report into question. “State complicity in organised violence against the Muslim minority in India is a matter of record,” the spokesperson said.

Iftikhar said it was no secret that attacks by cow vigilantes and mob lynchings of Indian Muslims take place regularly, with complete impunity for the perpetrators. Systematic demonisation, dispossession, marginalisation, and targeted violence against Muslims in Hindutva-inspired India have become commonplace, he said. The findings and recommendations of the US Commission on International Religious Freedom, as well as the US Congressional hearings on the maltreatment of minorities in India and the violation of religious freedom including in the Muslim-majority Indian Illegally Occupied Jammu and Kashmir were ignored by the US State Department, he said. “We believe the redressal of the rising trend of intolerance, discrimination, xenophobia, and Islamophobia requires global efforts based on the principles of cooperation and mutual understanding,” he said. Pakistan is sincerely playing its part in this endeavour and will continue to do so, the spokesperson added. Iftikhar said Pakistan was deeply concerned by the rising trend of violence against minorities particularly Muslims in India and the increasing constraints on religious freedom.