Attempts being made to control electoral process 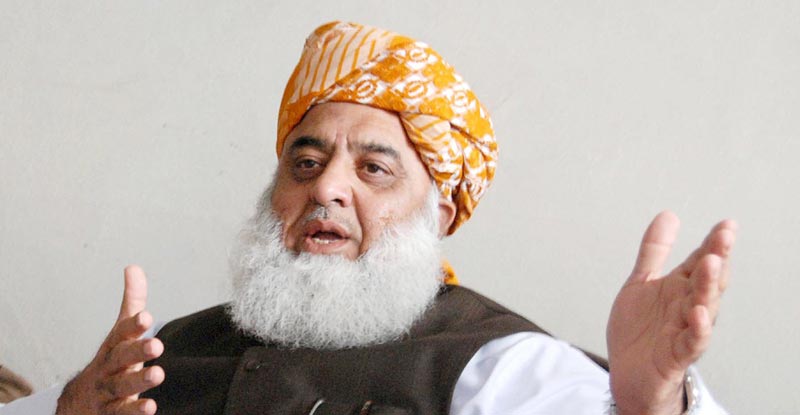 Jamiat Ulema-e-Islam (JUI-F) chief Fazlur Rehman Thursday cautioned that attempts were being made to control the country’s electoral process before the next general elections.

Addressing an Ulema convention in Quetta, Fazl said July 25, 2018 was a black day when the general elections were rigged. Yesterday, he said, was also a black day in parliament.

Fazl said the country was “no one’s property” and would be run with the “will of the people and the Constitution”, reports the media.

“When elections arrive, our country’s system, bureaucracy and establishment keep control of electoral results in their hands so the Western world can be told to not worry about religious people – [that] they have at most 12-14 seats and they don’t have support among Pakistan’s people.”

He alleged that for the above reason, “they (bureaucracy and the establishment) carry out rigging”.

“This time we have taken notice of this. We always knew about this but this time we took notice [of that rigging]. [We] took such notice that the JUI carried out ’14 million marches’ in all the country and then lastly did the ‘Azadi March’.

“The participation of the public in hundreds and thousands [in our marches] sent the world this message that the establishment gives wrong reporting to you by doing rigging. This is the real power of the JUI,” Rehman said.

The JUI-F chief termed July 25, 2018, as a “black day” when, according to him, the general elections were rigged. “Yesterday was [also] a ‘black day’ of Pakistan’s history on November 17 when [33] bills were passed in the parliament within an hour with rowdiness [and] shamelessness,” he added.