ECP responsible for holding next polls through EVM: govt 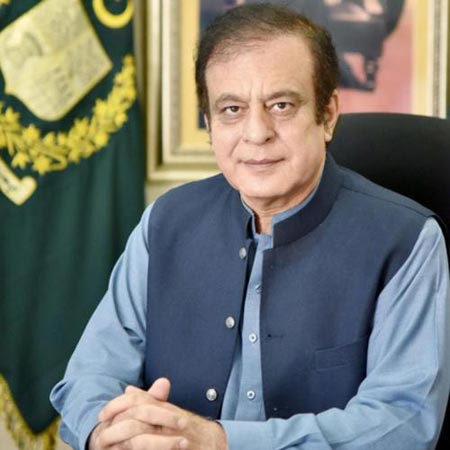 Federal Minister for Science and Technology Senator Shibli Faraz Thursday said, it is the responsibility of Election Commission of Pakistan (ECP) to held next general elections through Electronic Voting Machine (EVM).

“The EVM shown to the ECP by his ministry was just a model or an idea. Now it is the prerogative of the ECP to select EVM either the locally manufactured or imported one,” he told a press conference.

The minister said, opposition parties were repeatedly requested to check the EVM and give their feedback to make it more viable. “We have tried our best to include opposition in this process as they are also the stakeholders but they criticized EVM even without knowing and checking it”, he said.

The opposition was interested in old election process to continue with all possibilities of rigging and electoral fraud through which they won the elections in the past. He again asked the opposition parties to give their suggestions to the ECP regarding EVM for improvement, if they want to make the electoral process of this country transparent and non-controversial. He said ECP can respond to the reservations of opposition parties regarding EVM.

The minister said that the EVM offers solutions to all such issues which make the election controversial. The processes involved from the start of the polling process to compilation of results will be executed in a short time through this technology.

Since the legislation has passed, this is the responsibility of the ECP to select the most viable EVM for conducting elections. The EVM can be locally manufactured or imported as per ECP decision, he said. He said that the government as well as the Ministry of Science and Technology is ready to extend every kind of facilitation in this regard.