Students to be taught ‘complete syllabus’ this year: Shafqat 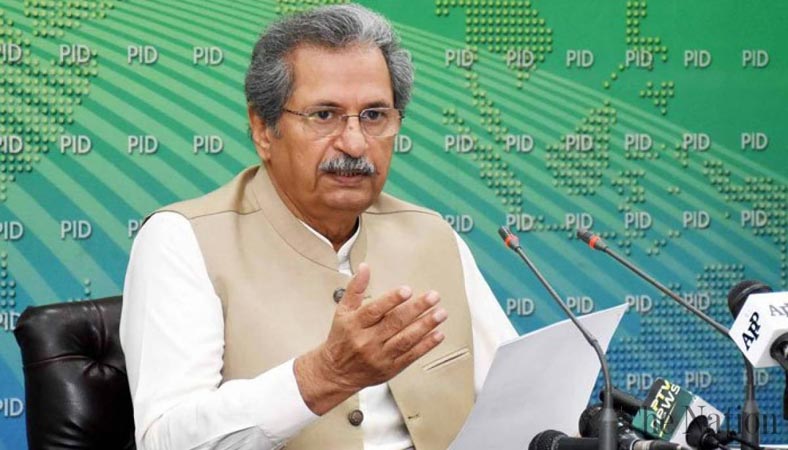 Federal Minister for Education and Professional Training Shafqat Mehmood on Thursday said during the current academic year, students would be taught the “complete syllabus” and no concession would be made in this regard as was given last year due to COVID-19.

Addressing a press conference hosted after chairing the 33rd Inter-Provincial Education Ministers Conference in Karachi, the minister said that all examinations will be held in May and June, while Cambridge examinations will also be held as per schedule.

Mehmood emphasised that education is above politics, urging relevant authorities to work together in the field of education. Shedding light on educational development programmes, he said that grants have been received from the World Bank which are being utilised to provide education in districts where children are out of school.

The minister spoke of girls, especially, being facilitated so that the maximum number can receive education.

“In this regard, proper washrooms with boundary walls will be constructed along with other facilities,” he added. Highlighting the issue of the absence of accurate data, Mehmood said: “Talks are underway regarding the formation of a committee which will be tasked to collect accurate data of education.” The state has “not given due priority to the education sector”, the minister said, adding that as a nation, “we need to invest more in education”. Regarding the National Education Policy, he said that work in this regard has started.

“We all want to take all the provinces on board,” Mehmood said, maintaining that all decisions will be made together and that differences will be resolved.