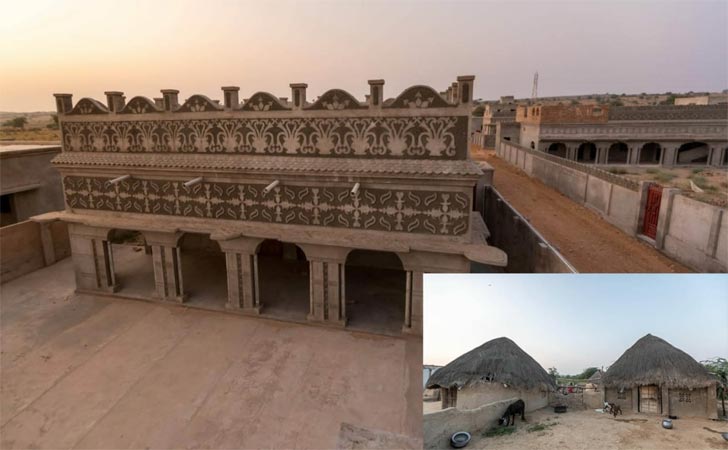 Sino Sindh Resources Private Limited, a subsidiary of Shanghai Electric, has fully funded the relocation of hundreds of local families from Thar Block-1.

An SSRL spokesman said on Thursday that a total of 450 families from two local villages in Thar Block-1 will be compensated by the company to relocate outside the mining area in Thar Block-1.

SSRL is working on a Coal-electricity integration project in Block 1 of Thar Coalfield, which is a “China-Pakistan Economic Corridor” priority implementation project. It includes construction and operation of open-pit coal mine with an annual output of 7.8 million tons and 2X660MW supercritical lignite power station. SSRL is the sole operator of the 7.8 Mtpa Open-pit Coal Mine project.

The local population from two villages in Thar Block-1, Wervai and Tilwayo, had to be relocated as the villages were located in the mining area. After consultations with the people of the two villages it was agreed that they will be paid cash compensation to relocate.

A total number of 266 families from Wervai and 184 families from Tilwayo will get compensation. Cash compensation for each family is Rs4.25 million. Most of the villagers have already built their houses outside the mining area while some have used the remaining cash to start businesses.

“We are pleased to facilitate the relocation of the local villagers. They have started moving into their new homes. Some of them are also starting new businesses. Our main aim is to work with the locals of Thar to create our future together,” said Mr Li Jigen, CEO of Sino Sindh Resources Private Limited (SSRL).

SSRL has also funded development work in the areas where the families have relocated by paving roads, providing solar street lights and building school, mosque and temple. Each family has received power connections while SSRL is also facilitating in water supply to them.

It may be mentioned that SSRL has provided job opportunities to more than 3500 local workers and majority of them belong to the Thar region. Apart from providing job opportunities, SSRL has opened many business opportunities for locals, resulting in a lot of direct and indirect employment and revenue generation.

“We have built big houses ourselves using the money provided as compensation by SSRL against our old Choras (Local traditional Hut). I am very happy that SSRL has chosen to build our colony as their model village and provided us with great facilities like Asphalt roads, school, mosque,” said Bashir Lanjo, a local villager.

Kewal, another local resident of Meghwar Paro Warvai said that, “The money we received from SSRL is not only used in building new houses but we have also started our own business in Islamkot. Now we are not compelled to other cities like Karachi in search of jobs.” Thar Coalfield is No. 1 in Asia and No. 7 in the world. The Block 1 open-pit coal field covers an area of 150 sq-km, and the estimated total lignite resource reserve is about 2.6 billion tons. Block 1 is the largest open-pit coal mine under construction in Pakistan.