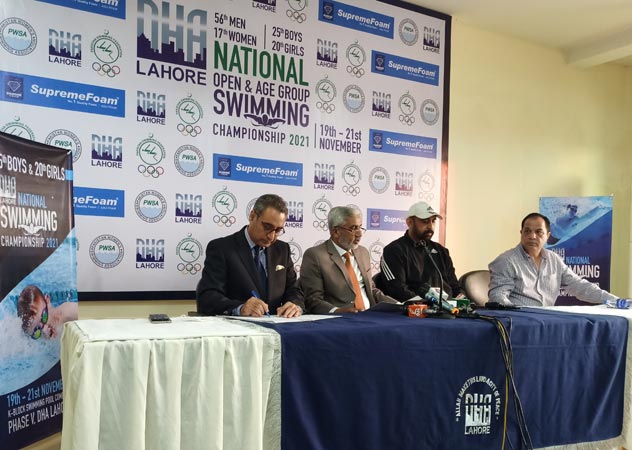 The DHA Lahore National swimming championship for 56thmen and 17th women national open and 25th Boys and 20th Girls will be held from 19th(today) to 21 Nov 2021 in K-Swimming pool, DHA Lahore.

Later, DHA Lahore Director Sports Brig Munir Ahmad (Retd) highlighted DHA’s contributions and efforts that went into organizing the event. DHA is synonymous with ultimate living concept and goes to great lengths to augment this with state of the art sports facilities.DHA Lahore is fully committed to provide not only the best sports infrastructure for its residents but also afford an International standard platform for national and international athletes, thus promoting soft image of Pakistan. Organizing national swimming championship 2021 is an affirmation of that commitment, he concluded.

At the end, media persons were given a guided tour of the swimming pool premises and were briefed about the facilities available for this championship. This media Brief was also attended by Team Captains and officials of all the participating teams.