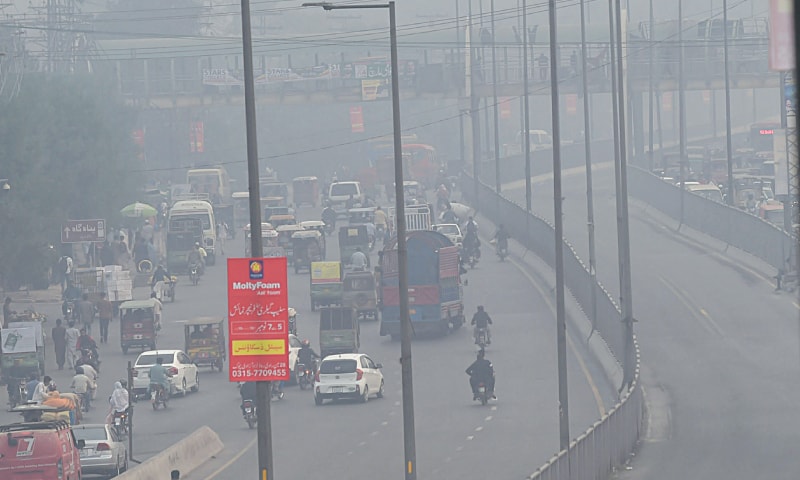 Lahore has once again topped the list of world’s most polluted cities. It’s a worrying sign for Pakistanis and Karachi also features on the same global index at number eight.  As per the air quality index, the particulate matter level in Lahore has surged to 367, while in Karachi, it has climbed to 163. India’s capital New Delhi is placed number two on the list as its particular matter score was recorded at 259. China’s Wuhan features on number three, with a 198 level particulate matter score.

The Lahore High Court (LHC), earlier today, denied a recommendation proposed by the Water and Environment Commission to close schools in areas affected by smog.  The commission presented its smog emergency plan in the high court, suggesting that the government announce a 50% attendance policy for private offices.

The LHC, on the other hand, ordered a smog cell be created in the Pakistan Disaster Management Authority (PDMA). The high court also urged authorities to issue a traffic plan to deal with the situation and directed authorities to set up a traffic emergency call line.

“Any citizen should be able to complaint about a traffic jam on the call line,” said Justice Shahid Karim.