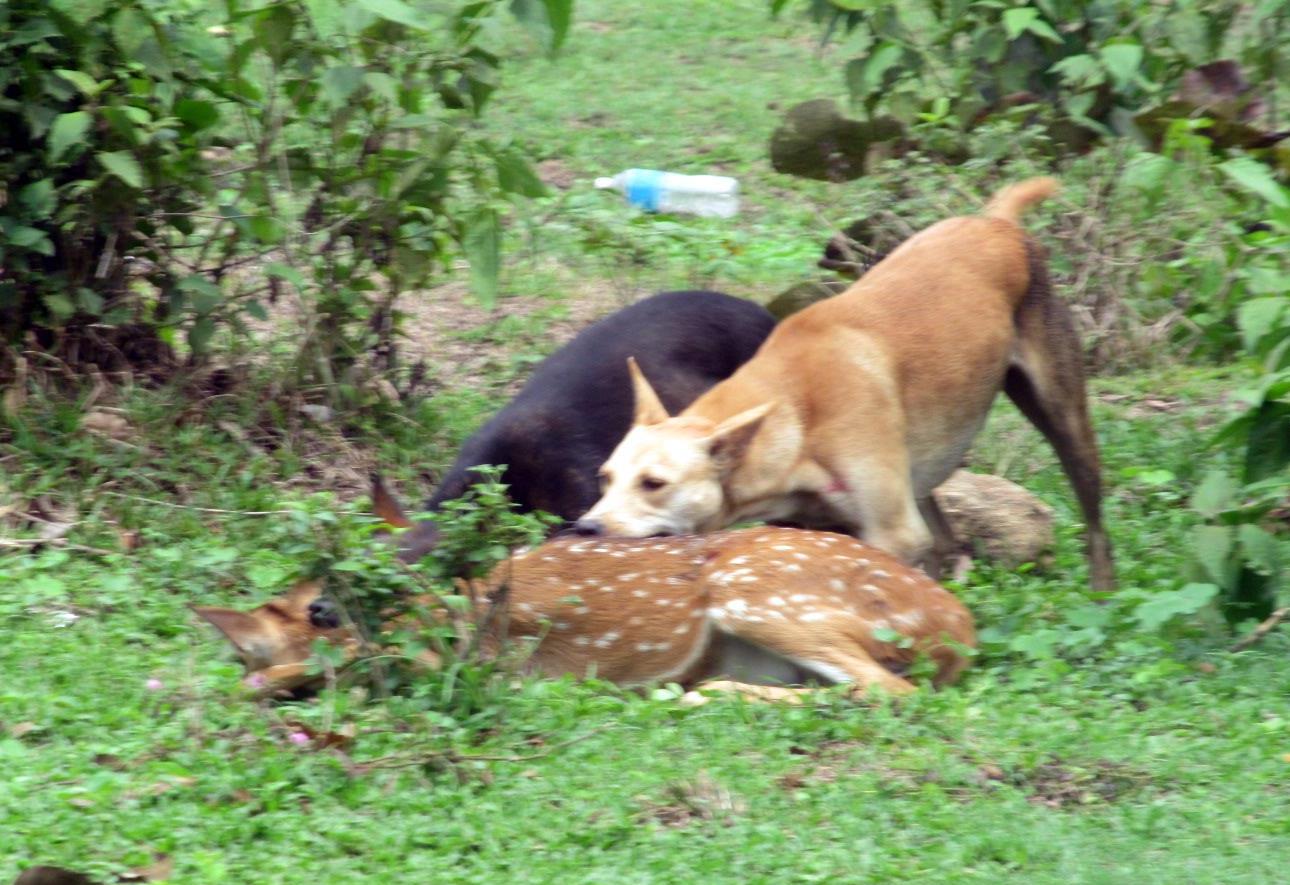 SAHIWAL: Due to negligence, four deer have been reported dead in a stray dog attack at Sahiwal zoo on Thursday.

As per reports, three deer were dead yesterday, while the fourth one was found dead at the Sahiwal’s zoo today. Stray dogs had bitten the deer. It has been learnt that the deer were bitten by stray dogs in the zoo on which the residents have expressed their concern.

The PHA administration has said that the deer died after being bitten by an animal, the marks of wounds were found on the bodies of the dead deer, they added.

This is not the first time that animals are reported dead at the zoos of Punjab.

In Feb 2021, two rare white lion cubs had died due to a viral infection at Lahore Zoo. Three months back, a white African lioness gave birth to three cubs of which one died on the spot due to weakness, while two others were kept under special care.

The zoo’s veterinarian had said the cubs were vaccinated and they were making sure their diet is taken care of. The remaining two white lion cubs also lost their lives due to viral infection at the age of three months only.

After the death of the cubs, the total number of white African lions at the Lahore Zoo stands at eight.