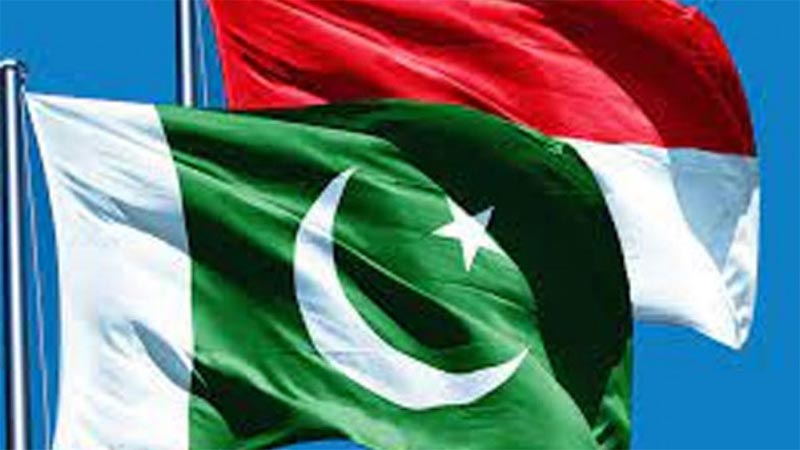 Ambassador of the Republic of Indonesia to Pakistan Adam Mulawarman Tugio on Wednesday said that Pakistan and Indonesia had strong prospects for a proposed bilateral Free Trade Agreement (FTA), which help strengthen economic and trade ties between the two countries.

The Preferential Trade Agreement (PTA) already existed in both the countries which opened up the possibility of increasing bilateral trade, he said.

Due to the PTA between Pakistan and Indonesia, cooperation between the two countries had increased in the industrial sector including agriculture, Ambassador of Indonesia, Adam Mulawarman Tugio told APP.

The ambassador said that Indonesia had recently reduced trade tariffs for facilitating Pakistan in 20 trade items in the bilateral PTA review.

He said that strengthening the economic and trade ties between Pakistan and Indonesia were being negotiated on ASEAN Trade in Goods Agreement (ATIGA).

The Ambassador said that Indonesia had a strong role to play, adding, progress was being made to enhance economic and trade integration between Pakistan and the Association of Southeast Asian Nations (ASEAN). He hoped that the agreement of ATIGA would be finalized next year.

He said that ATIGA was a result of almost two decades of trade integration efforts amongst the AMS, starting with the signing of the ASEAN Free Trade Area (AFTA) in 1993.

ATIGA, which was the forerunner of the ASEAN Plus 1 FTAs, including the recently signed Regional Comprehensive Economic Partnership (RCEP) agreement, consolidated and streamlined the provisions in the Agreement on the Common Effective Preferential Tariff (CEPT) and other relevant ASEAN agreements, and broadened its scope, he informed.

He said ASEAN was a strong trade bloc and in the future ASEAN countries will strive to establish trade and economic ties with the world.

Ambassador Tugio said that Pakistan and ASEAN countries had a combined economic and trade market of 870 million people in which bilateral trade between the two sides was only $7.5 billion which was not according to trade potential.

He said that Pakistan could take full advantage of the $3 trillion trade market in ASEAN, for which a comprehensive plan was needed for the future.

The Ambassador said that Pakistan had an important geographical location that could connect Central Asian Countries with the world on the one hand and Western China on the other hand for which Gwadar Port was of utmost importance.

The Ambassador said that ASEAN countries had FTAs with China, Japan and Korea.

He said that Pacific Asia was also a major trade partner of ASEAN and the global trade bloc with a worth of $482 billion in annual trade opportunities.

The Ambassador said that ASEAN countries and Pakistan could take advantage of each other’s FTA partners and EU Generalized Schemes of Preferences (GSP- Plus) partners as a third party to enhance bilateral economic cooperation.

In the future, Gwadar Port would play an important role in the economic and trade integration of the world, adding, Pakistan could become a trade hub of the world. Indonesia was an important trading partner of Pakistan in ASEAN countries and the two countries were linked by historical, religious, cultural and economic ties.

He said that 45 percent of the Muslim population hailed from ASEAN countries and also Buddhists who had many religious sites in Pakistan including Taxila and Swat could also play a huge role in enhancing cultural, economic and trade ties between both sides.

He said that religious tourism could be promoted in Pakistan and ASEAN countries which could also enhance economic cooperation between the two sides.

Responding to a question about Indonesia’s rapid economic growth and economic reforms, he said that Indonesia was the first to work on Ease of Doing Business (EoDB) and business facilitation, which encouraged foreign investors.

The Ambassador said that a number of achievements had been achieved following the World Bank’s Ease of Doing Business (EoDB) targets and then there was the devolution of power in Indonesia for strengthening of the local body system, which led to a strong federation.

Discussing the cultural and educational ties between the two countries, he said

11 percent scholarships were awarded to Pakistani students this year, which was

He told that 60 Pakistani students went to Indonesian universities to study this year. Prior to Pakistan, Indonesia’s current ambassador to Pakistan, Adam Mulawarman Tugio had served in the United States and Europe, including the United Kingdom.

He earned a master’s degree in law from the United States, followed by the Foreign Service, and was director-general of the North American Desk at the Indonesian Foreign Ministry.