Usman Khawaja and Travis Head back for Australia’s Ashes campaign 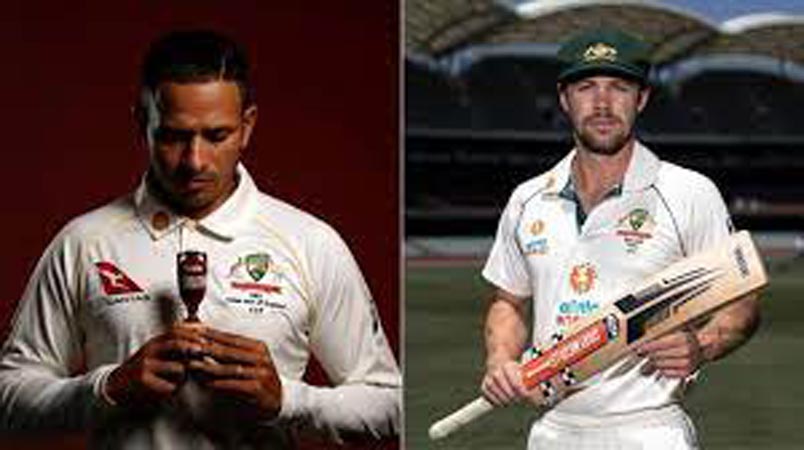 SYDNEY: Veteran Usman Khawaja and middle-order batsman Travis Head were included in Australia’s squad for the opening two Ashes Tests against England Wednesday, but Matthew Wade was axed. Michael Neser and Jhye Richardson also made the 15-man line-up as back-up for the fast-bowling attack of Mitchell Starc, Pat Cummins and Josh Hazlewood after the shock retirement of James Pattinson last month. Marcus Harris, as expected, got the nod in the absence of concussion-hit Will Pucovski and is set to open alongside David Warner, fresh from his exploits in helping Australia win the Twenty20 World Cup on Sunday. But there was no place for fellow World Cup standout Mitchell Marsh, despite calls for the all-rounder to be given another chance at Test level.

“This group is well balanced to ensure we are prepared for the many challenges of an Ashes series,” said chief selector George Bailey ahead of the opening Test at Brisbane on December 8. “It has a mix of experienced, proven performers and emerging, developing talent,” he added. After the second Test, a day-night match in Adelaide from December 16, the series moves to Melbourne, Sydney and Perth. Australia hold the Ashes, which they retained by drawing the 2019 series in England 2-2. Marnus Labuschagne and Steve Smith are secure in the batting order at three and four, leaving Khawaja and Head to battle for the number five slot after Wade was dropped.

Khawaja hasn’t played a Test since the 2019 in England, but it was hard to ignore him after piling on 404 runs in the domestic Sheffield Shield already this season, at an average of 67.33 with two centuries. Which of them plays the opening Test could come down to how they perform in a practice game in Brisbane from December 1-3. With Marsh having to settle for a slot in the Australia A team, Green is set to come in at six ahead of wicketkeeper-captain Tim Paine, who is racing the clock to be fit after invasive neck surgery in September. Starc, Cummins and Hazlewood again spearhead the attack alongside spin wizard Nathan Lyon. But the retirement of Pattinson meant Australia needed a fourth quick bowler, with Richardson competing with Neser, who is recovering from a low-grade hamstring strain, for the honour. Mitchell Swepson is the back-up spin option to Lyon. Australia also announced an 11-man A team, with players on standby for consideration for the third Test and beyond.