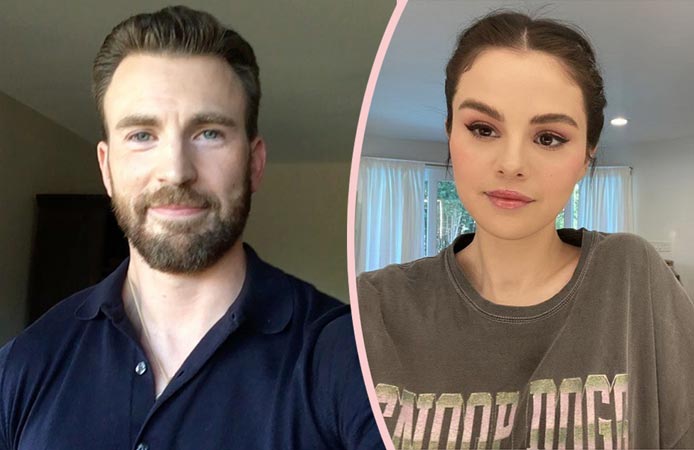 Was there one small clue from Knives Out that has somehow made its way off-screen? Over the past month or so, rumours of a romance between Chris Evans and Selena Gomez have floated around on social media and fans are convinced the two have secretly begun dating. Fast-forward to this past weekend when Taylor Swift posted a cute TikTok of herself that featured Selena by her side. Sounds innocent enough, right?

Well, when the camera panned to the Only Murders in the Building star, fans couldn’t help but feel like they’d seen her cosy white cable knit sweater somewhere before-most notably on the actor in the 2019 flick Knives Out.

“Not Selena and Chris Evans having the same sweater,” one Twitter user wrote. While another tweeted, “UHM, WHY DOES SELENA’S SWEATER REMIND ME OF THAT KNIVES OUT SWEATER WORN BY CHRIS EVANS?” One TikToker uploaded a video featuring the clip of Selena in her cable-knit, followed by a pic Chris wearing his very similar sweater in the movie, captioning her post, “THIS IS NOT A COINCIDENCE.”

But before you consider this mystery solved, it appears the “Same Old Love” singer’s top may be a currently sold-out sweater from Zara. And the two actors may just have the same great taste in tops.

The most recent speculation over Taylor’s TikTok is just the latest in the list of “clues” some fans have put together that link the two together. Some of the chatter first got started when fans noticed that Chris had begun following Selena on Instagram at some point last month-though it’s unclear when.

And although there were “photographic clues” that followed, seemingly placing the two at the same places at the time, E! News previously debunked those pics to be from different areas and years apart. Seems like a case for Mabel Mora or Det. Benoit Blanc!