Opposition decides to move court against bills passed by Parliament 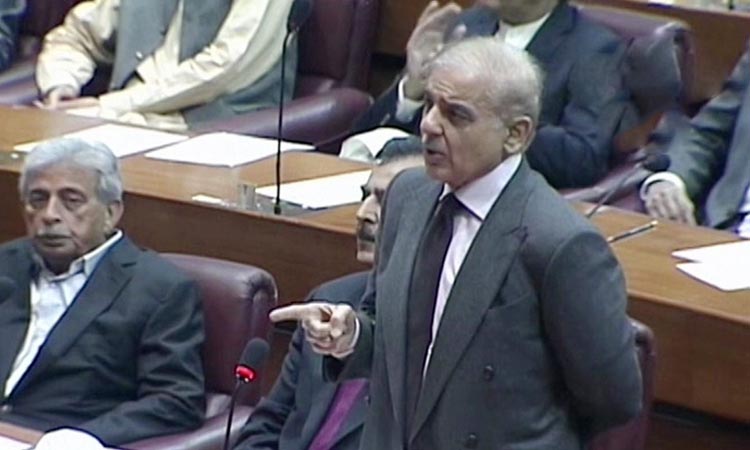 The opposition on Wednesday decided to challenge the bills that were passed in a joint Parliament sitting.

Leader of the Opposition in the National Assembly Shahbaz Sharif, speaking to media outside Parliament, said legislation was bulldozed and NA Speaker Asad Qaiser had “trampled” Parliamentary traditions. “Legislation cannot take place in such an atmosphere […] the Opposition’s votes counted were far fewer than their actual numbers,” the PML-N president said.

Shahbaz said the Opposition told the speaker that the government’s votes were not enough to get the bills passed, but the speaker “did not listen to us”. “We believe three or four additional votes were counted in favour of the government,” he said, adding: “We had more than 200 lawmakers in the house.”

Shehbaz Sharif said this is a black day in parliament’s history. He, too, explained that the rules for a joint session stated that the government needed around 222 votes to pass a law and it did not have the required votes.

Referring to the pandemonium in the joint session, he said the opposition cited references from the law and Constitution to show that the government did not have the required number of votes to pass the amendments. “But the speaker did not listen to us,” he complained. “They were bent on getting the bill for the use of EVMs and other bills passed.” 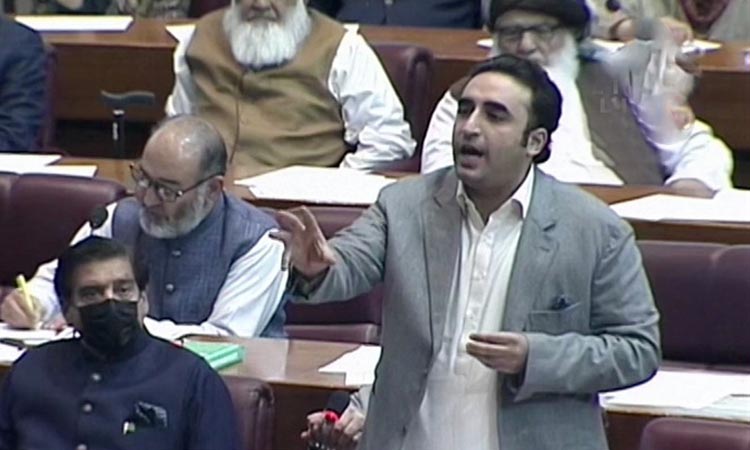 The opposition leader continued that they had approached the speaker during the session and told him about their reservations and objections. “I told him that you are being unfair, that you had assured of not toeing the party line, but he did the opposite. He did not listen to us.” Shehbaz said, “We saw a speaker-PTI nexus as we have seen the NAB-Niazi nexus in the past.” “I kept on asking him to open my microphone,” but to no avail, he added.

He said the opposition had also pointed out that just eight countries in the world had adopted the use of EVMs for elections and nine had even rejected it. “Laws and rules were trampled and consequently, we were compelled to boycott the session and come here to tell the nation how they (government) is playing with its fate in parliament.”

PPP Chairman Bilawal Bhutto Zardari, meanwhile, said the Opposition would challenge the bills passed in the lower house, as the government “did not have enough votes” to get them passed. “The NRO to Kulbhushan Jadhav, election amendment bill, and all other bills will be challenged at every forum,” Bilawal said, speaking to media outside Parliament.

“The government did not emerge victorious in the parliament,” Bilawal said.

Bilawal said he “tried his best” to draw the attention of the treasury benches and the NA speaker towards the joint sitting’s rules, lamenting that they paid no heed to it. The PPP chairman explained that according to the law, more than half of the combined votes of a joint sitting were required to get a law passed in the Parliament.

Explaining further, he said the treasury benches needed a minimum of 222 votes to get a bill passed in a joint session, where 342 lawmakers were from the lower and 100 from the upper house. However, he said that the government did not have enough numbers to get the bills passed.

JUI-F’s Maulana Asad Mehmood slammed the NA speaker and said the manner in which parliamentary proceedings had been conducted was never witnessed before.

“The speaker did not give a chance to the Opposition to speak […] the government ‘managed’ the legislation, and we will challenge it every forum,” Maulana Mehmood said.