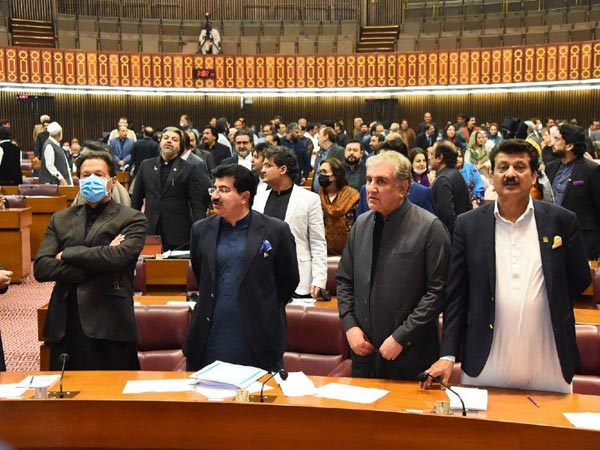 The joint sitting of the Parliament on Wednesday passed the Elections (Second Amendment) Bill, 2021, granting right of vote to overseas Pakistanis besides allowing use of electronic voting machines in the elections.

Advisor the Prime Minister on Parliamentary Affairs Dr Zaheer-un-Din Babar Awan piloted the bill in the House and the motion to consider the bill was passed with majority vote. A total of 221 lawmakers voted in favor of the motion while 203 lawmakers opposed it. Later, the Parliament passed the legislative proposal which pertains to fair, free and transparent election through utilization of technology and modern gadgets. The bill is also aimed at granting voting rights to the overseas Pakistanis which may only be possible by vesting exclusive authority in ECP with technical assistance of NADRA and other agencies. It also asks to procure electronic voting machines (EVMs) for casting of votes in general elections. Amendments were sought in section 94 and 103 of the Election Act, 2017 to achieve the aforesaid objectives.

Ahsan Iqbal of PML-N raised a point that as per Islamabad High Court’s (IHC) judgment, a non-elected member of the House can’t move any legislation. He termed the House proceedings as illegal on the basis of the court ruling. The speaker, however, read some clauses of the constitution declaring the legislation proposal by an advisor in accordance with the constitution.

During the course of proceedings, the lawmakers from the opposition benches protested after NA Speaker Asad Qaiser allowed the government to proceed with the legislative process. Senator Sherry Rehman of PPP slammed the Speaker for bulldozing the process, saying today is the black day in the Parliament’s history.

Addressing Speaker Asad Qaiser, PPP Chairperson Bilawal Bhutto started his speech by requesting him to “respect his own chair”, “respect his own position” and “respect the House”. He reminded the speaker that he is the custodian of the National Assembly of Pakistan and had agreed in writing with the opposition that whatever legislation is brought in will be done with consensus, adding that he said that a united opposition was standing before the House. “If we were all legislating together, the next election would have been transparent,” Bilawal warned. 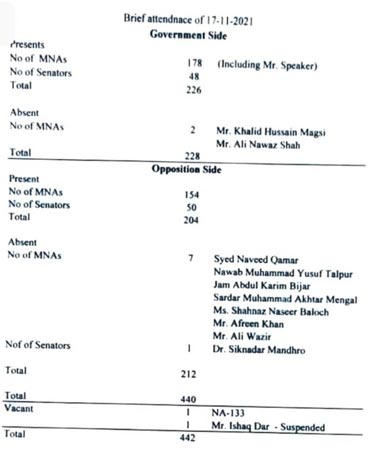 Speaking about the EVM, he said even the Election Commission of Pakistan has rejected it, adding that ECP had raised 37 serious objections over the machine. He said the government is making the next election controversial and gave an ultimatum that they will not accept the next election if the bill for EVMs is passed.

Bilawal said they will stand by the ECP. “As long as the ECP has reservations, we have reservations,” Bilawal said. He concluded his brief speech with a repetition of his request to the speaker to “please, respect your chair and position”.

Later, the opposition staged a walkout from the joint session of parliament as amendments to the Election Act, 2017, were passed. There was a hue and cry and a scuffle broke out. Treasury members banged their desks triumphantly as the results of the voting were announced.

Earlier, Foreign Minister Shah Mahmood Qureshi said the government wants to introduce a credible and transparent system for elections through legislation. He recalled that their electoral reforms are aimed at protecting the election process from being stolen. He asked the opposition parties to also vote in favor of the relevant bills.

The foreign minister pointed out that questions have always been raised on the elections held after 1970. He said time has come to set the direction right and ensure the transparency and credibility of the electoral process.