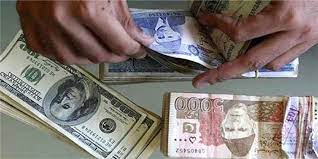 KARACHI: On Wednesday, the Pakistani rupee gained ground versus the US dollar in the interbank currency market.

According to foreign currency dealers, the local unit gained 59 paisa against the greenback in early trade, rising to Rs174.30 from yesterday’s closing rate of Rs174.89.

In the open market, however, the dollar is trading at Rs175.50 against the rupee. Dealers attributed the rupee’s rise to a slowdown in panic and speculative buying of the greenback as well as its tepid demand from importers.

Earlier, Adviser to the Prime Minister on Finance Shaukat Tarin said ‘Satta mafia‘ was behind the depreciation of the rupee besides smuggling of the dollar to Afghanistan. He announced that the government was going to tighten the noose around the mafia.

The local currency started recovering from its steep fall against the US dollar on Oct 27, after the government announced Saudi Arabia’s financial support of up to $4.2 billion, raising the central bank’s foreign exchange reserves and boosting the sentiments of the currency market.

A week later, however, the rupee snapped its winning streak and began reversing gains.