For the continuation of the loan facility, the IMF demands five essential actions: Shaukat Tarin 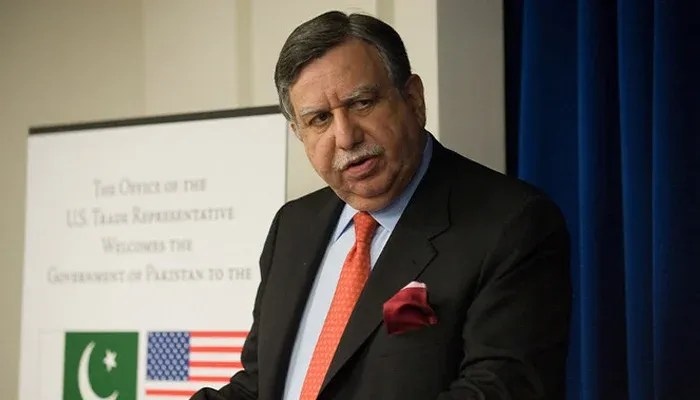 ISLAMABAD: The IMF offered Pakistan a list of five significant previous steps for the reinstatement of its $6 billion Extended Fund Facility, Adviser to the Prime Minister on Finance Shaukat Tarin.

Talking to reporters after addressing the Corporate Philanthropy Awards 2019-20, Shaukat Tarin said the five prior actions going to be implemented by Pakistan include submission of abolishing of Tax Exemption bill 2021, State Bank of Pakistan (SBP) Amendment bill 2021, and already hiked electricity tariff besides two other minor actions.

The IMF even asked for getting approval of the SBP’s Amendment bill, however, it would be submitted before the parliament in line with the agreement with the IMF, he added.

Tarin said that the IMF did not agree with the promulgation of the ordinance for withdrawal of tax exemptions but the government would have to submit a tax exemption bill in order to fulfil the IMF’s conditions.

Top official sources, however, said that the increase in monetary policy ranging from 75 to 100 basis points, adjusting upward from 7.25 to 8 or 8.25% and adjustment in the exchange rate, will also be part of prior actions for completion of the outstanding Sixth Review under the IMF programme. Now the SBP has convened its Monetary Policy Committee (MPC) on Friday (November 19) instead of November 26, 2021, for considering the monetary stance.

He said that the government shared with the IMF the Circular Debt Management Plan (CDMP) as circular debt would be slashed down by Rs300 to 400 billion. He said that the companies did not announce their dividends, so the government made up plans to utilize the dividend amount of six to seven giants of public sector companies to be utilized to pay off the circular debt.

When asked about the SBP’s amendment bill, he said that the Ministry of Law was reviewing the draft law and it would be introduced in the parliament.

To another query whether the Monetary and Fiscal Coordination Board would remain enacted under the new proposed draft of SBP’s amendment bill, the adviser replied that you would see when things would be finalised with the IMF.

He stated that Pakistan’s exports were heavily reliant on the United States and the European Union and that there was a need to diversify our export destinations in the wake of the GSP Plus concerns.