* So, whether you've been waiting for a short break or making plans for a longer trip, here are the best to book now 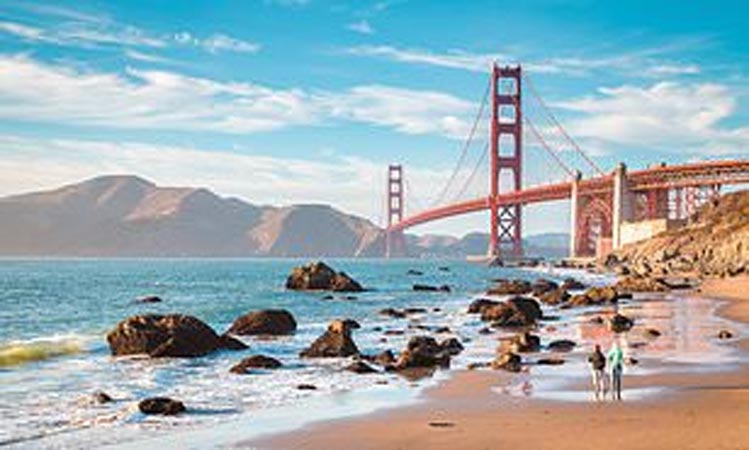 Finally it’s time to make that longed-for trip to the United States a reality. After a 604-day Covid shutdown, flights resumed last week with a synchronised departure from Heathrow by British Airways and Virgin Atlantic jets heading to New York.

So, whether you’ve been waiting for a short break or making plans for a longer trip, here are the best to book now.

New York’s iconic skyline can be seen from a new vantage point at the One Vanderbilt skyscraper in Midtown, with glass-floor ledges 1,000ft above Madison Avenue and views of both the Chrysler Building and the Empire State Building.

If you’re an art-lover, visit before January 2 to see the immersive Van Gogh Exhibit at Pier 36.

Drift down the Mississippi on a steamboat cruise of the Deep South, including stops at the Civil War site of Vicksburg, and Natchez, famous for its spectacular antebellum houses. A week aboard American Countess, with space for just 166 guests, is bookended with two nights in Memphis, home of Elvis’s Graceland, and two in the French Quarter of New Orleans.

Book: From £3,746pp with flights and full-board on the cruise, room-only in hotels.

Sleep in a luxury tent amid the cacti and canyons of Utah’s Zion National Park for two nights as part of a week-long family trip starting and ending in Las Vegas. The holiday includes a helicopter flight over the Grand Canyon, a tour of Monument Valley with a Navajo guide and two nights on Lake Powell.

Get off the tourist trail on a family rafting trip through spectacular scenery, including Dinosaur National Monument, as well as tackling rapids named Disaster Falls and Hell’s Half Mile.

The three-day Green River adventure, with overnight camp stops, is part of a 16-day holiday taking in national parks including Grand Canyon, Grand Teton and Yellowstone.

Famous for its luxury trips in Canada, the glass-domed coaches and viewing platforms that make up the Rocky Mountaineer train now spend two days winding their way through the American Rockies. Then you’ll continue by coach to explore Utah’s national parks – Arches, Bryce Canyon and Zion – before flying back from Las Vegas.

Book: Six nights from £2,649pp with flights and some meals included

Visiting Florida’s Walt Disney World Resort is fun… but it can also be frantic.

The solution is to book in to a luxury hotel, such as Four Seasons Resort Orlando, which provides an oasis of calm to return to between park forays. It has water slides and a lazy river as well as an adults-only pool, golf course and spa.