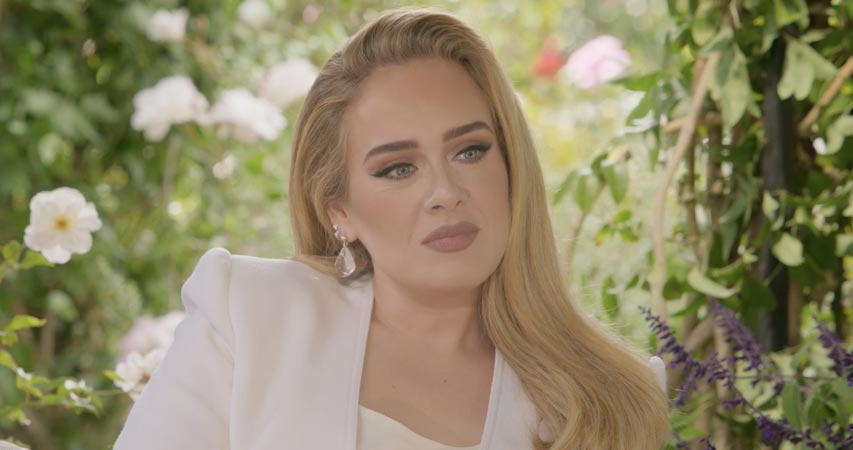 Ahead of her long-awaited, post-breakup album, 30, Adele is recalling a turning point in her personal life. During the Nov. 14 CBS special Adele One Night Only, the award-winning singer sat down with Oprah Winfrey and opened up about the realization that she was “unhappy” in her marriage to longtime partner, Simon Konecki.

Revealing that she was determined to make her eight-year relationship work, Adele told Oprah, “I’ve been obsessed with the nuclear family my whole life because I never came from one. In all these movies and all these books, when you grow up reading them, that’s what it should be.

I just, from a very young age, promised myself that when I had kids, that we’d stay together. We would be that united family. And I tried for a really, really long time.”

Adele and Simon began dating in 2011 and welcomed their son, Angelo, in October 2012. Six years later, the two got married in 2018 and announced their separation the following year. “I was just so disappointed for my son,” the 15-time Grammy winner added. “I was so disappointed for myself, and I thought I was gonna be the one that stopped doing those bloody patterns all the time.” Looking back at that time, Adele recalled the moment she knew their marriage wouldn’t last. It was during a candid conversation with friends. “We were all answering these questions in this very bougie magazine, and it was something like, ‘What’s something that no one would ever know about you?’ And I just said it in front of three of my friends, I was like, ‘I’m really not happy,'” she recalled. “‘I’m not living, I’m just plodding along.'” “And I remember a lyric that I wrote that I put on a song on 25, which is, ‘I want to live and not just survive,'” she added. “I definitely felt like that.

And it was when I admitted to my own friends who thought I was really happy that actually I’m really unhappy, and they were all aghast.

I felt like it was sort of from there that I was like, ‘What am I doing it for?'” However, almost eight months after the two finalized their divorce settlement, Adele still credits her ex with being a stable force in her life during an ever-changing time in her career.

“He came at such a moment, where the stability that he and Angelo have given me, no one else would have ever been able to give me,” she said.

“Especially at that time in my life. I could’ve easily gone down some dodgy paths, sort of self-destructive from being so overwhelmed by all of it. And he came in and he was stable, the most stable person I’ve ever had in my life up until that point.”

As Adele put it, although the couple decided to go their separate ways, Simon remains someone she can depend on wholeheartedly. “Even now I trust him with my life,” she said, adding, “I feel like him and Angelo were angels sent to me.”