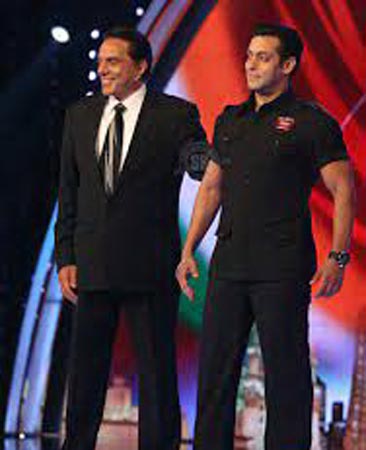 Salman Khan, who hosts Bigg Boss 15 on Colors TV, recently graced Ranveer Singh’s The Big Picture. On the show, Salman mentioned how he is in awe of legendary actor Dharmendra. Ranveer also mentioned that Dharmendra is a “macho man”. Days later, Dharmendra came across the video, which he shared on his Instagram account. The video shows Salman and Ranveer talking about Dharmendra. “Actually, I have always followed Dharamji. He has this innocence on his face. He is the most beautiful looking man with that vulnerability or manly body,” Salman is heard saying, in response to which the Befikre actor calls Dharmendra “Macho man”.

Interestingly, Salman and Dharmendra have earlier shared screen space in Pyar Kiya Toh Darna Kya. And not to forget their iconic dance on Om Shanti Om title track. Ranveer, on the other hand, will star with Dharmendra in the upcoming Karan Johar directorial titled Rocky Aur Rani Ki Prem Kahani.

Earlier this year, Dharmendra was all praise for Ranveer. While speaking to Times of India, Dharmendra said, “Ranveer looks so natural in all his films. Bada hi pyaara ladka hai (He is such an adorable boy). Whenever we bump into each other at a function, woh aake mere paas baith jaata hai (he sits beside me).”