India leading itself to destruction by promoting Islamophobia: Alvi 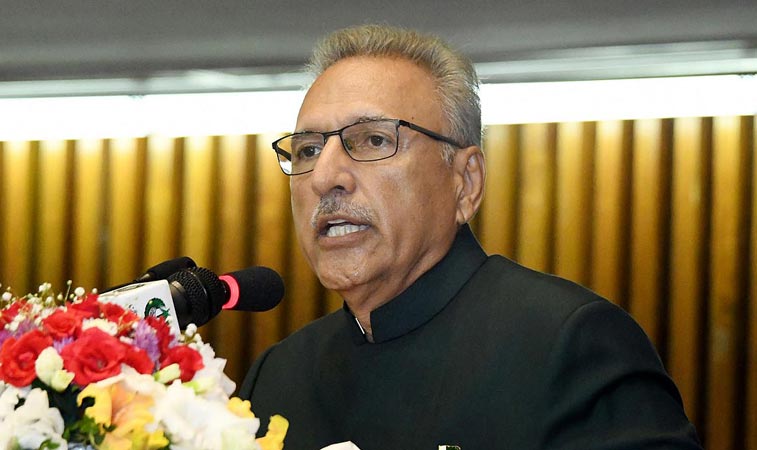 President Dr Arif Alvi on Tuesday said that India was pursuing the dangerous policy of Islamophobia and stressed the need for steps by sane elements in society to prevent the trend.

He said India would lead itself to destruction by promoting hatred against Muslims.

“Dangerous for India. In this Islamophobic hatred, India will destroy itself, no less,” he wrote in a tweet.

He said, “I hope and pray that sane elements within Indian society prevent this.”

The president also quoted Czech writer Milan Kundera as saying that ‘the first step in liquidating a people is to erase its memory. Destroy its books, its culture, destroy its history. Then have somebody write new books, manufacture a new culture, invent a new history’.

“Before long that nation will begin to forget what it is and what it was The struggle of man against power is the struggle of memory against forgetting,” the president wrote referring to Kundera.

President Dr. Arif Alvi on Tuesday said establishment of an Islamic welfare state has been a part of Pakistan Tehreek-e Insaf (PTI)’s manifesto from day one which was essential for betterment of the country.

He expressed these views while addressing a function on distribution of Ehsas Kafalat Cash and Ehsas Undergraduate Scholarship Certificates at Balochistan University of Information Technology, Engineering and Management Science (BUITEMS) Quetta here.

Addressing the ceremony, President, Dr. Arif Alvi said during the corona pandemic, Prime Minister Imran Khan had opposed the complete lock-down for keeping in view the plight of the weaker sections of the society and this decision saved the poor and working class from financial difficulties.

He said that Rs. 200 billion was distributed among 120 million families under Ehsas program during the lock-down which was positive sign for the destitute of the country.

The President said due to the positive steps taken by the government, the country’s economy was improving.

He said efforts were being made to enable women to make payments through bank accounts under Ehsas Cash program saying women needed to be economically empowered so that they could play a direct role in the development of the country.

Regarding information technology, the President said development of Pakistan was connected with the uplift of IT sector.

He urged the universities to adapt the syllabus related to information technology to the modern age as per the requirements and necessities of the market.

The President said special people were an important part of the society and steps needed to be taken to make them skilled which would help them to manage their income. Referring to the Successful Youth Program, the President said that through this program women could also avail the facility of loans.