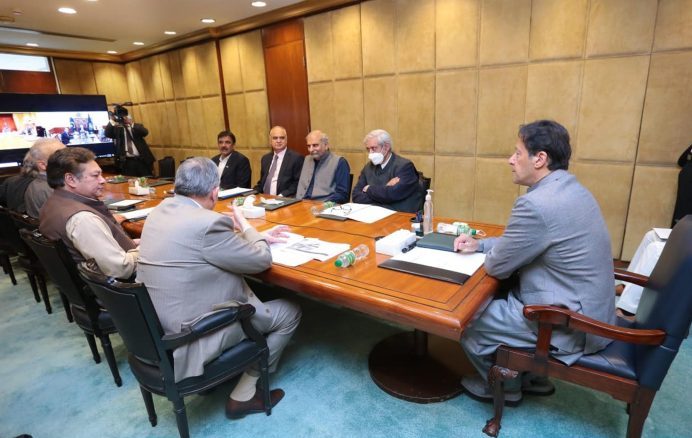 ISLAMABAD: Prime Minister Imran Khan on Tuesday said that with the commitment to fully benefit from the true potential of the agriculture sector, the government was striving to enhance the country’s agricultural produce in the coming years with the help of farmers.

Assistance of farmers in agricultural planning and the provision of quality seed, modern agricultural machinery, and soft loans were among the government’s foremost priorities, he added. The Prime Minister was presiding over a high-level meeting on the development of agriculture sector in the country. He appreciated the banking sector’s financial programme for the development of agriculture sector in the districts of Gujranwala and Okara.

The Prime Minister was told that with 19% share in the country’s Gross Domestic Product (GDP) and a total contribution of around 60 to 65% in national economy, the agriculture sector provided huge amount of raw material for Large Scale Manufacturing (LSM) units. He directed the authorities concerned to focus on providing facilities to the farmers in reducing the basic cost of agricultural production and enhancing productivity of their crops.