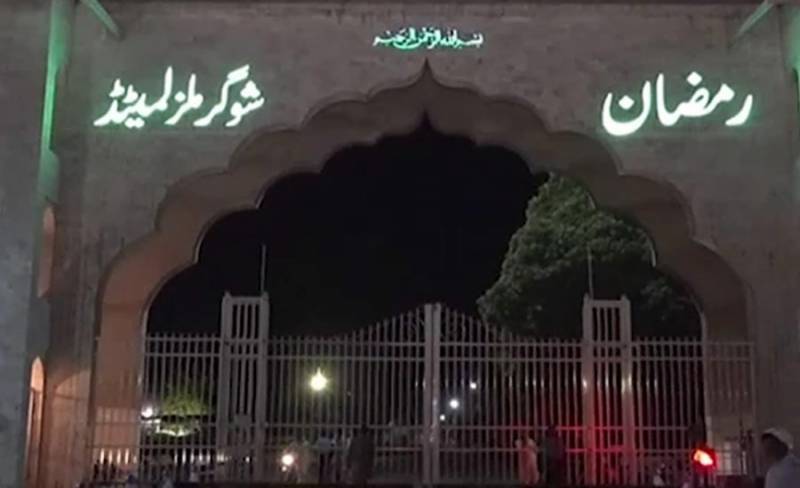 LAHORE: On Tuesday (today), an accountability court called on witnesses to record their statements in the Ramzan Sugar Mills case on November 26, Daily Times reported.

Meanwhile, the opposition leader in Punjab Assembly, Hamza Shahbaz appeared before the court and marked his attendance, while his father, President Pakistan Muslim League-Nawaz, Shehbaz Sharif was granted exemption from the court’s appearance.

The court after summoning the witnesses in the case adjourned the further hearing of the case until November 26.

Earlier on November 11, last year, an accountability court had detained Shehbaz, his son Hamza, daughter and other family members in a money-laundering reference filed by the National Accountability Bureau (NAB). Shehbaz Sharif daughter Javeria Ali along with seven other nominated accused appeared in court.

The NAB had filed a reference accusing former Punjab chief minister Shehbaz Sharif, his son Hamza Shahbaz and others for causing losses to the national exchequer and misusing authority by sanctioning the construction of a bridge to facilitate the sugar mills.

According to NAB officials, Shehbaz Sharif, being the chief minister of Punjab, abused power by issuing orders for the construction of a 10-kilometre-long drain in Chiniot primarily to benefit the sugar mill owned by his sons. Shehbaz and Hamza have been accused of fraudulently causing a Rs 213 million loss to the national exchequer.