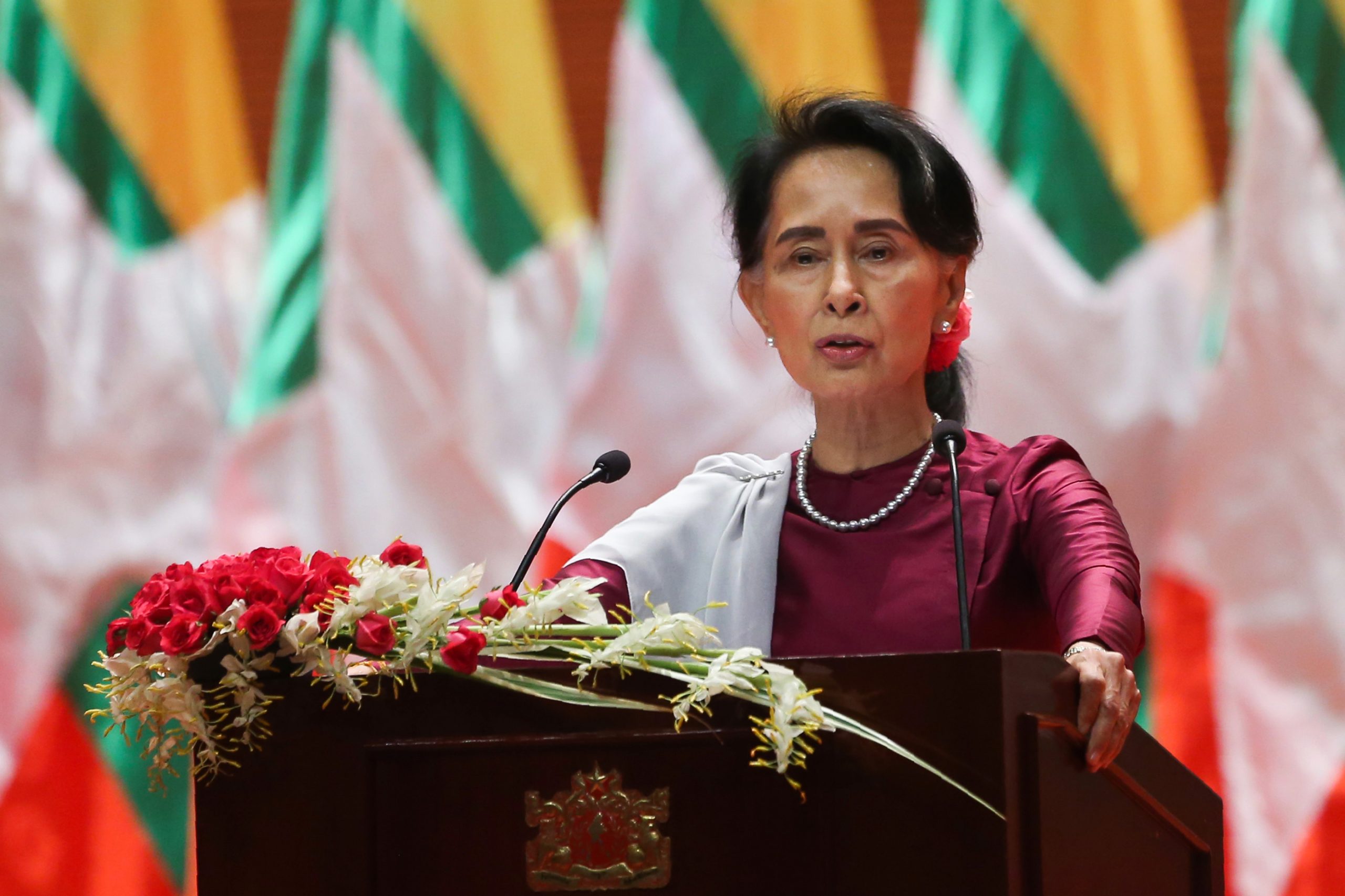 Myanmar’s junta has charged Aung San Suu Kyi with committing electoral fraud during the 2020 polls, state media reported Tuesday, the latest in a barrage of allegations against her since her party won in a landslide.

Myanmar has been in turmoil since the military coup in February sparked nationwide protests and a deadly crackdown on dissent. Detained since the putsch, Suu Kyi, 76, has been charged with illegally importing walkie-talkies, sedition, and corruption, and faces decades in jail if convicted.

Suu Kyi is now also accused of “election fraud and lawless actions” during the polls, state-run newspaper Global New Light of Myanmar reported, without giving details on when court proceedings would begin. Fifteen other officials including former president Win Myint and the former chairman of the election commission face the same charge, the report added.

Suu Kyi’s National League for Democracy (NLD) saw its support increase in the 2020 vote compared to the 2015 election, trouncing a military-aligned party. But the junta has cited fraud during the poll as its reason for seizing power and ending Myanmar’s democratic interlude.

In July, it cancelled the results of the polls, announcing it had uncovered more than 11 million instances of voter irregularities. In a report on the 2020 polls, the Asian Network for Free Elections monitoring group had said it was “by and large, representative of the will of the people”.

“The junta is using spurious claims of electoral fraud as a key justification for its coup,” International Crisis Group’s Myanmar senior advisor Richard Horsey told. “Having failed after much effort to identify more than a handful of people who voted twice, it is now going after NLD leaders,” he said. “But Aung San Suu Kyi and the NLD had overwhelming support from voters, so guilty verdicts will convince no one.”

The junta has threatened to dissolve the NLD and last month sentenced Win Htein, a close Suu Kyi aide, to 20 years on treason charges. Suu Kyi is already on trial for flouting coronavirus restrictions while campaigning ahead of the election.

Journalists have been barred from attending proceedings at the special court in the military-built capital Naypyidaw, and the junta recently barred her legal team from speaking to the media. She will hear the verdict in her trial for incitement against the military on November 30, a source with knowledge of the matter told on Tuesday.

She faces three years in jail if convicted. Junta chief Min Aung Hlaing has said fresh elections will be held and the state of emergency lifted by August 2023, extending the initial timeline the military gave when it seized power. There was “no popular support” for fresh polls, Yangon-based analyst Soe Myint Aung told. “For any future elections to be acceptable, the junta will need to mobilize more public participation and pro-democracy opposition.”

Last week, the UN Security Council expressed its “deep concern” about the unrest in Myanmar and called for an “immediate cessation of violence” and for efforts to ensure that civilians are not harmed. More than 10,000 people have been arrested since the coup, according to a local monitoring group.