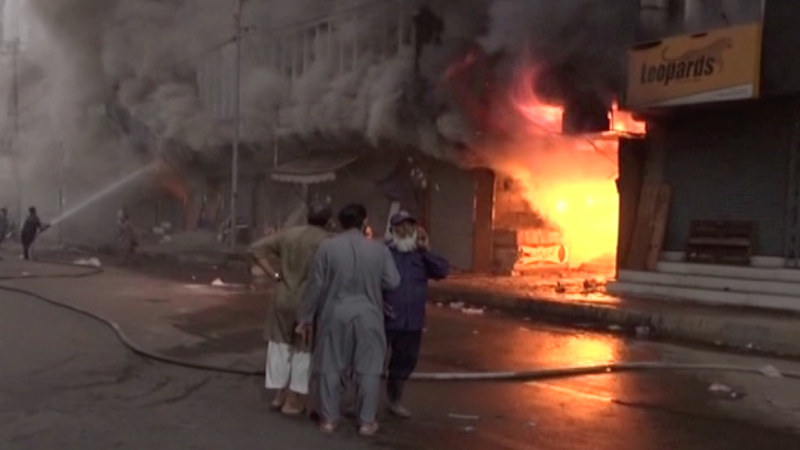 KARACHI: Around 600 shops were affected in a fire that erupted at Saddar’s Cooperative Market two days ago, according to the city’s fire brigade.

The reason for the fire in the busy shopping area in the heart of the city is yet to be known, according to the fire brigade.

“No fire safety system was available in the market,” fire brigade officials said. “The fire staff has to face difficulties owing to narrow lanes in the market,” they further said.

The firefighters drenched the blaze after a six hours struggle. Ten fire tenders took part in the operation to control a major blaze in the shopping hub of Karachi.

The process of cooling was completed yesterday morning, after the fire was brought under control, fire brigade officials said.

Several shops, pushcarts and stalls were gutted in the fire causing losses of up to millions of rupees, however, no casualties were reported.

Police said that the road adjacent to the Cooperative Market has been closed for traffic and police and rangers have been deployed around the market.

“The shopkeepers affected in the fire incident have staged a protest camp at the road,” city police said.

At least 35 shops were reduced to rubble after a fire broke out on Sunday evening at Cooperative Market near Regal Chowk in Karachi’s Saddar area.