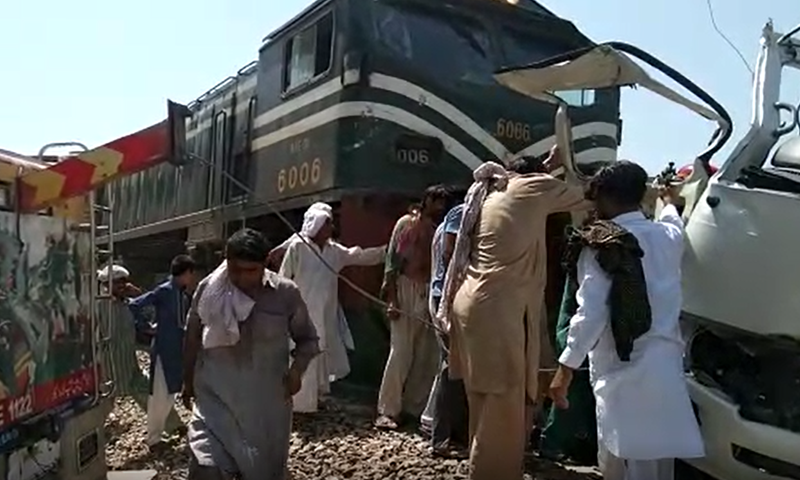 SHEIKHUPURA: On Tuesday, three students died and nine others were injured after a train hit a college van in Sheikhupura, Daily Times reported.

The train was going from Jaranwala to Lahore. It collided with the college van as there is no railway crossing near Bahrianwala.

After the incident, officials from the district administration, rescue engineer Rana Muhammad Ijaz, DSP Javed and SHO Bhakhi Saleem Akhtar Niazi reached the spot where the family members and relatives of the family were also present.

On the other hand, rescue 1122 personnel and locals took the injured to the emergency room of DHQ Hospital Sheikhupura, where the condition of the three women students is said to be critical.

Railway officials maintained that the train service was restored on this route after a gap of two years and that there was no railway crossing at the crash site. The district administration had set up a temporary crossing, but no officials were stationed there.

The van driver flees the scene after the accident, while the people in the area protested at the scene and stopped the train.

DHQ Hospital, Sheikhupura medical superintendent Dr Muhammad Imran had said that initially two bodies were brought to the hospital, while a student who was injured in the accident had later died at the hospital.

The van was passing through a railway line from Char Chak Rasala to Bahrianwala Road, sources said.