* And in a press conference ahead of the film's release later this month, the singer-turned-actress revealed she turned to the animal kingdom for help in portraying each stage 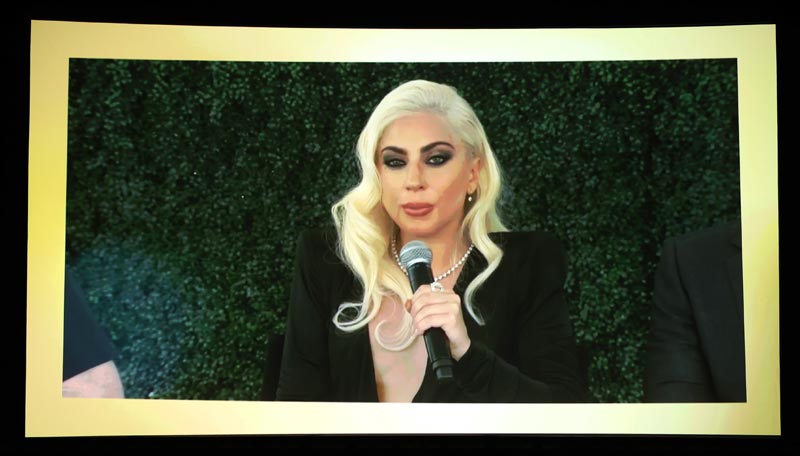 Lady Gaga has revealed she had some animal inspiration for her murderous turn as a jilted ex-wife in the new movie “House of Gucci”.

Her performance as Patrizia Reggiani, who had fashion heir Maurizio Gucci assassinated in the 1990s, is already picking up Oscar buzz.

And in a press conference ahead of the film’s release later this month, the singer-turned-actress revealed she turned to the animal kingdom for help in portraying each stage of Reggiani’s life.

“Earlier in her life, I was a cat, like a house cat,” Lady Gaga told reporters.

“In the middle of the film… I was a fox. And so I studied the way foxes hunt, and they’re actually quite playful when they hunt.

“And then I studied panthers for the end. I watched lots of videos about the way that panthers hunt. And they’re sort of seductive… they sort of seduce and then they pounce.”

Early reviews have gushed about Lady Gaga’s performance, with many expecting another Oscar nomination to match her screen debut in “A Star is Born”.

Also getting a lot of attention is Jared Leto, who endured six hours of make-up every day to transform into balding pudgy playboy Paolo Gucci.

“I really used as an opportunity to work on the inner life of the character,” Leto said.

“It was a great time to focus, and to meditate on the character.”

The film is directed by British director Ridley Scott, who has created some of the most iconic movies of the past 40 years, including “Blade Runner”, “Alien”, “Gladiator” and “Thelma and Louise”.

But it was actually Scott’s wife who pushed for many years for the film to be made, according to Salma Hayek, who plays Reggiani’s mother.

“I just happen to be really good friends with Giannina Scott, and so I saw her fight for this for 20 years,” Hayek said at the press conference.

“She wanted to do the story of a woman that everybody sees only as a gold digger… but actually she really loved this man.”

‘TOO HURT’ — Lady Gaga agreed that there was more to the story than simple greed.

“She not only loved Maurizio, but she loved what he meant and the way that he empowered her within the family business,” she said.

“And yet I do believe in that system, with this sort of systemic oppression, that this happened because she was simply too hurt.”

It is the second film to hit theatres for Scott since the summer, following “The Last Duel”, also starring Driver alongside Matt Damon and Ben Affleck.

Well-received by critics, that film was something of a flop with audiences.

Initial reactions to “House of Gucci” have also been mixed.

While everyone seemed mesmerised by Lady Gaga, some critics agreed with Observer magazine’s Brandon Katz that the film was “an overwrought slog”.

But many others were swept away, with Variety’s Jazz Tangcay tweeting that it was “murderously delicious” and Entertainment Weekly writer Joey Nolfi describing it as “juicy caviar camp”.