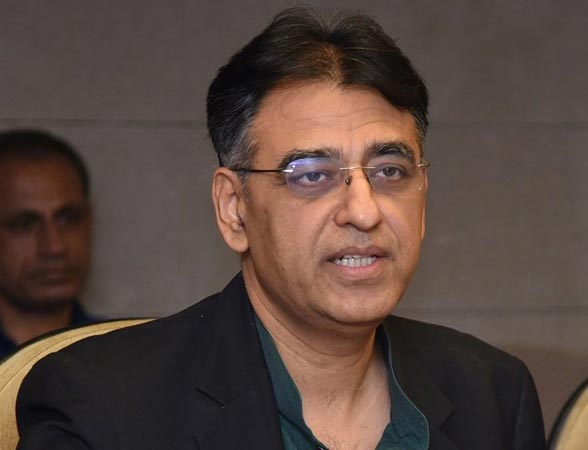 He said that due to special relationship between Pakistan and China, the government and people of Pakistan would wish to see much greater investment from China.

He solicited the support of Chinese companies working in Pakistan to attract more foreign direct investment from China in the country.

He said a facilitation center had also been set up in the Authority to provide help to the Chinese investors.

Further, he said, a CPEC Cabinet Committee had also been set up to resolve the highest-level policy issues besides establishing a Pak-China relationship Steering Committee to resolve the day to day CPEC related issues.

The minister informed that the Prime Minister Imran Khan was taking keen interest in the CPEC projects and was convening regular meetings in this regard.

Special Assistant to Prime Minister (SAPM) on CPEC Affairs Khalid Mansoor, Chairman Board of Investment (BOI) Azfar Ahsan, and Ambassador of China to Pakistan Nong Rong attended the meeting which was participated by CEOs and representatives of over 70 Chinese companies. A number of companies joined through video link as well.

Special Assistant to the Prime Minister on CPEC Affairs briefed the participants on the latest developments with regard to CPEC and stated that Phase-II of the CPEC is aimed to enhance the bilateral cooperation in industrial, technological and agricultural sectors. He said that business to business collaboration would be the hallmark of this phase of CPEC.

He highlighted that 4 out of the total 9 agreed Special Economic Zones (SEZs) along with Gwadar Free Zone under the auspices of CPEC are at advanced stages of development and investors have started to populate these SEZs.

Pakistan offers regionally competitive incentives in SEZs including 10 years income tax exemption and exemption of custom duty on import of capital goods. He further stated that the CPEC Authority is setting up a facilitation centre for CPEC investors. He also assured the Chinese Independent Power Producers (IPPs) that the government would clear all their outstanding dues.

Ambassador of China expressed his appreciation for the event which brought together all the Chinese companies. He said that the Chinese enterprises will work closely with CPEC Authority to increase their business and investment activities in Pakistan. CEOs of various companies also spoke on the occasion and presented their ideas and suggestions for consideration of the government.